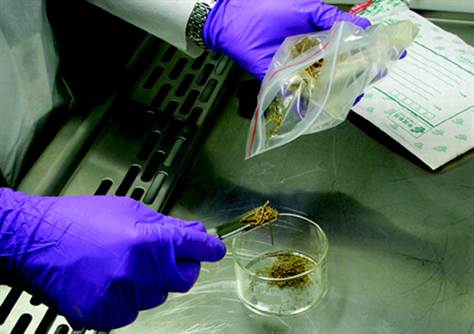 In 2008, nearly two pounds of still-green plant material were found in a 2,700-year-old grave in Mongolia’s Gobi Desert. It was identified as the world’s oldest marijuana stash.

A barrage of tests proves that the marijuana possessed potent psychoactive properties and casts doubt on the theory that the ancients only grew the plant for hemp in order to make clothing, rope, and other objects. They apparently were getting high, too. Lead author Ethan Russo told Discovery News that the marijuana “is quite similar” to what’s grown today.