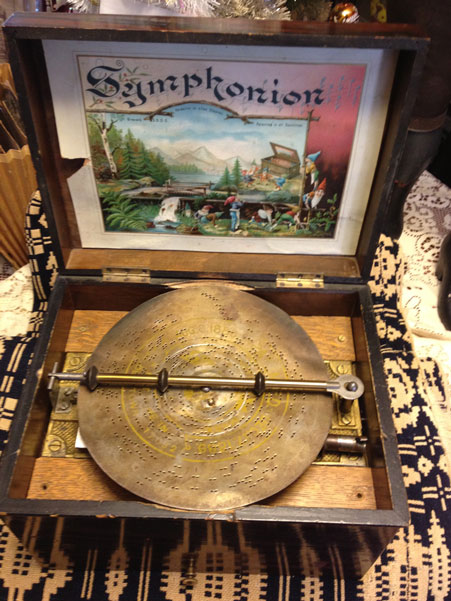 Through wars, economic crises, disease and social upheaval, there has been a constant throughout the world; that constant is music and the power it has to connect people with each other and with their heritage. Cylinder music boxes (invented in 1796) proved to be very successful as they were a means of providing live music without performers. The sound produced was very much like a group of harpists or a hand bell choir. The development of Symphonion disc music boxes made tunes easy to add and relatively inexpensive, as well as making good music boxes more affordable. Symphonion (or Kalliope) boxes were originally made in Leipzig, Germany during the late 1880’s. They were destined to become some of the greatest music boxes ever known.