Strange Myth about The Great Wall of China 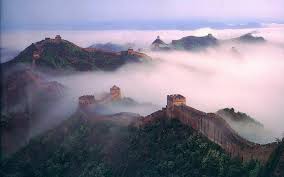 There are several myths about The Great Wall of China; the most recognized myth would possibly be that the wall is the only man-made item noticeable from outer space, which is not at all true. Though, there is a much more ghoulish myth about the Great Wall that is fairly popular.

We know that building the Great Wall was an immense effort that likely involved millions of workers during the years. Numerous people who labored on the wall died while working on the assignment. This has led to the myth that there are possibly hundreds of thousands of bodies buried inside the remaining wall itself.

According to experts, this is very doubtful—though it’s difficult to prove either way. They claim that it would have significantly weakened the configuration, because the bodies would have produced air pockets as they decayed within the walls.

Still, there could be a definite component of truth to the story. Long before the current Ming Wall was built, there was another lost wall known as the Qin Wall. A domineering emperor of the same name ordered this wall’s production. Several legends claim there were so many deaths throughout the assembly that they just dug lots of graves and dropped the bodies right in. Though, even in these legends the deceased are not truly entombed inside the walls, as that would have been an unrealistic idea. They were simply buried nearby, as a matter of pure convenience—not to please the impulses of an outrageous dictator who believed a wall crammed with bodies was a good idea.