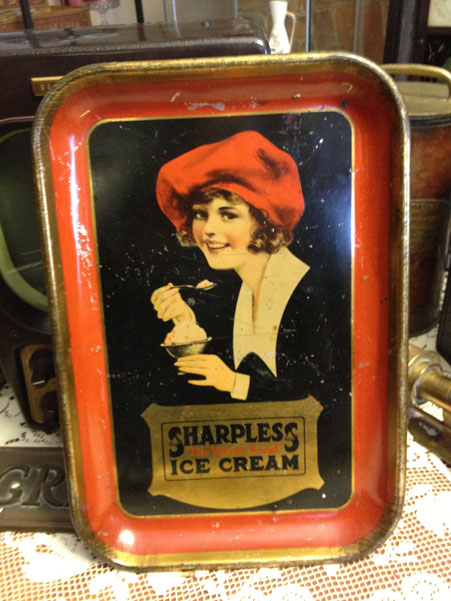 Finding background information on Sharpless Ice Cream, the producers of “The Velvet Kind” turned out to be a little tougher than we had imagined. Others who have attempted seem to be stumped on whether or not there was actually a fellow who went by the name of Sharpless. Our research tells us that the Sharpless Ice Cream Co.  at some point expanded and developed the Sharpless Separator Co., which in turn produced the Tubular Ice Cream Separator. In 1922 Breyer – Sharpless Milk Association was incorporated under the laws of Pennsylvania. (sorry folks; that’s pretty much all we’ve come up with).