Serving up Riley’s Hotel on a Platter 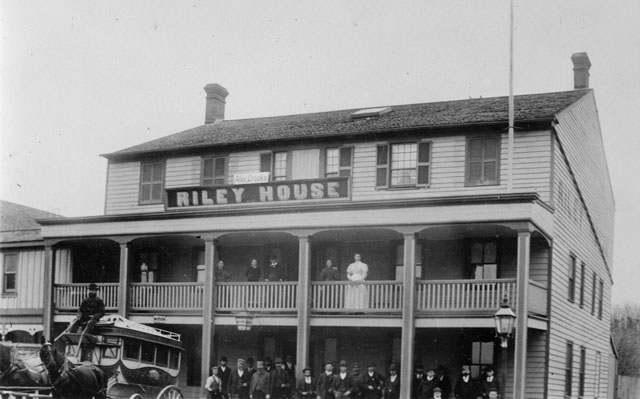 The Riley House, formerly Bamberger’s Inn was built in 1826 and was a three story, sixteen-bedroom inn with six fireplaces. It was the largest inn west of York (Toronto). After Peter Bamberger died in 1848 his son-in-law, James Riley, became the proprietor and changed the name to Riley House.