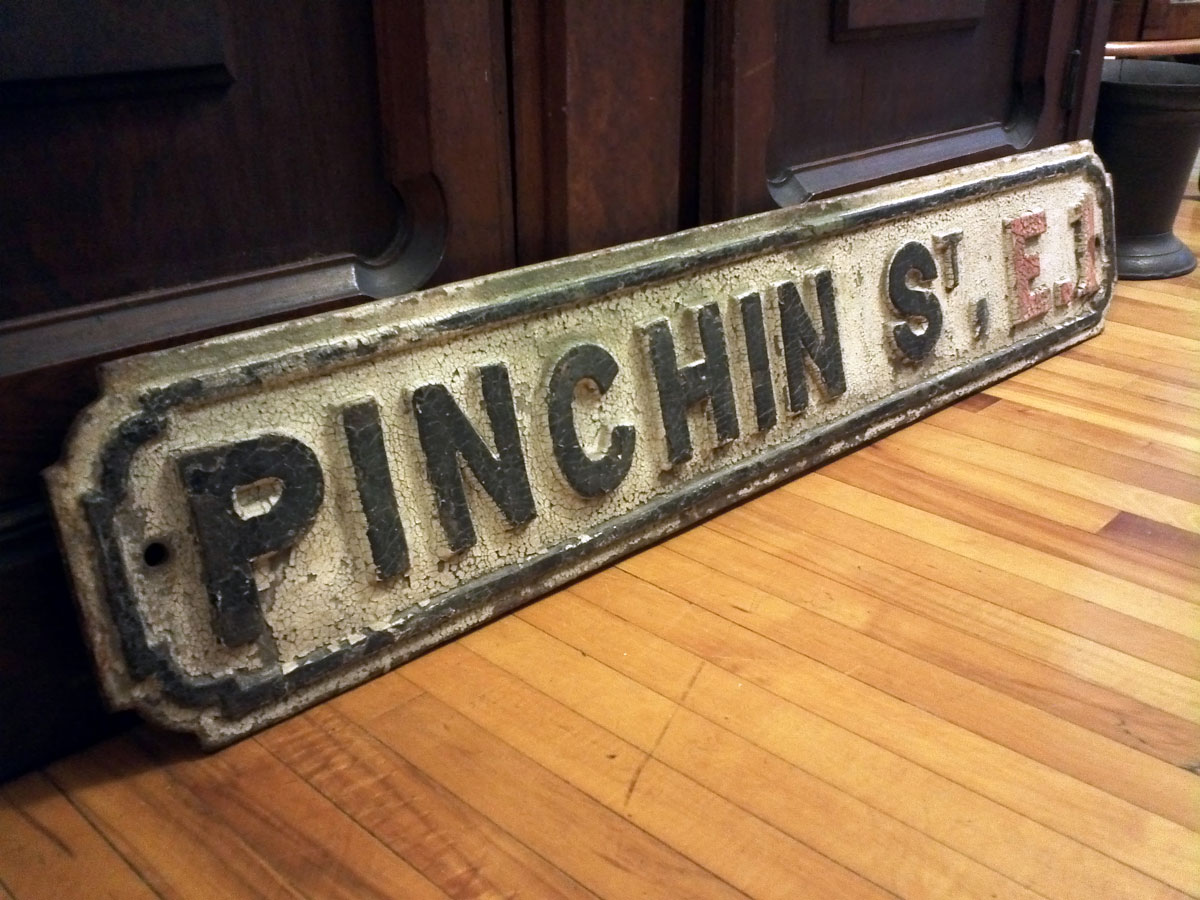 If street signs could talk imagine the tale this relic might have to spin. Circa 1800s, this Pinchin Street sign may well have bore witness to one of the bloodiest and most horrific crimes of the 19th century; a crime committed by none other then the notorious Jack the Ripper. Known for his involvement in savage attacks on female prostitutes, the legendary serial killer prowled the impoverished areas in and around the Whitechapel district of London. One of his most gruesome murders took place on September 10, 1889.