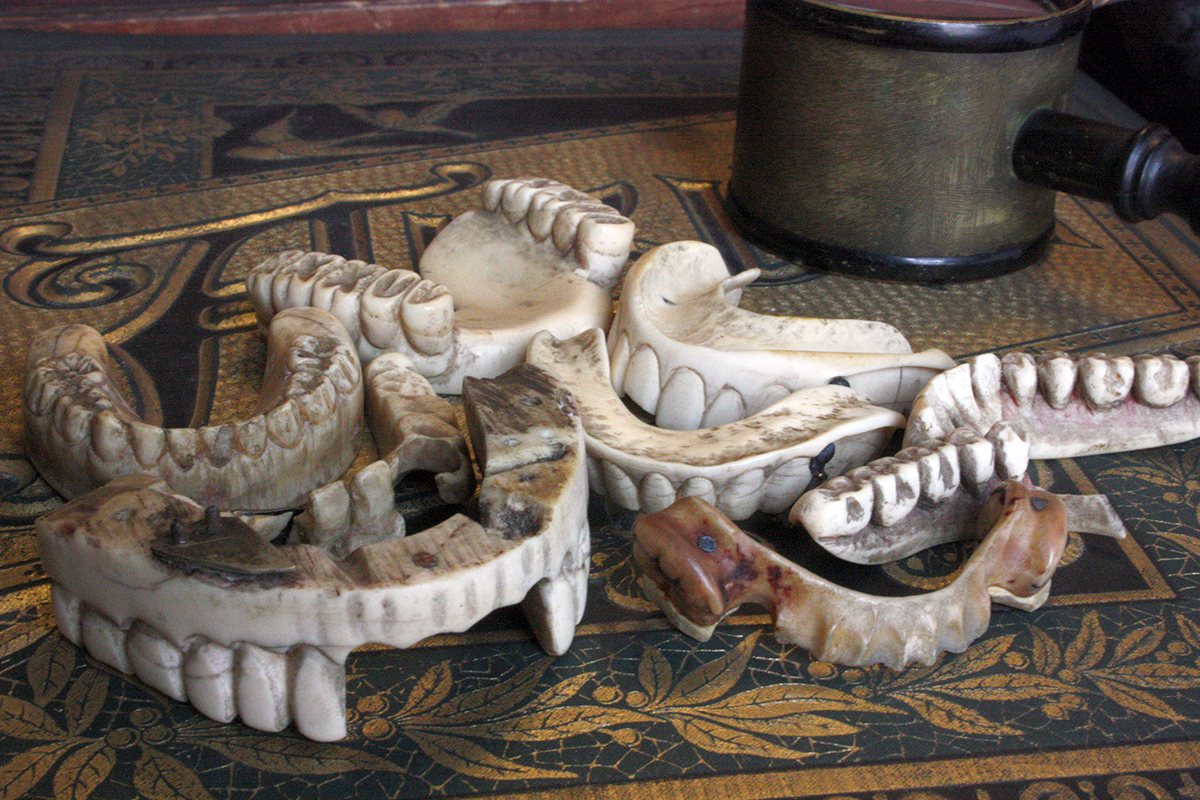 It has recently been discovered that the most storied set of dentures in all of history – George Washington’s famous “wooden teeth” – were in fact not made of wood at all, but (in large part) hippo ivory! As finely crafted as they were, dentures of the mid to late 18th century were still archaic by modern standards and their somewhat clumsy fit often required regular tune-ups, repairs (especially to the fine wire or thread that connected tops and bottoms), or total replacement; Washington had at least four sets of false teeth, of varying materials, and he frequently contacted his dentists for assistance with adjustment – even going so far as to request small files so that he could work on them himself. By the time he was inaugurated in 1789, Washington had but one remaining live tooth – the last holdout served as an anchor for a rather beautiful, hand-inscribed, hippo ivory and human teeth denture, crafted by a New York dentist named John Greenwood. When that last tooth fell out, Greenwood had it preserved in a gold and glass charm that he kept on a watch fob of mixed relics and valuable trinkets. And where Washington’s tooth – that of one of the most venerated figures in American history – left a vacancy when it migrated to the status of an accessory, alongside gold buttons and carved antler seals, a little piece of a river horse took up it’s place and honorable task inside the first president’s mouth.

(Above, clockwise from top left: an illustration of how hippo ivory is transformed into dentures {from the BDA website}; an elaborate bottom denture made for president George Washington by dentist John Greenwood in 1789 – human teeth are set into hippo ivory, and clearly inscribed, “Great Washington’s Teeth” – notice the circular hole at far right, where Washington’s last remaining tooth formed the anchor for the denture {denture on display at Historic Mount Vernon}; a maxillary (top) denture carved entirely of hippo ivory, c. 1760; and a full set of ivory/human teeth dentures, top and bottom connected by wire hinges {also from the BDA})