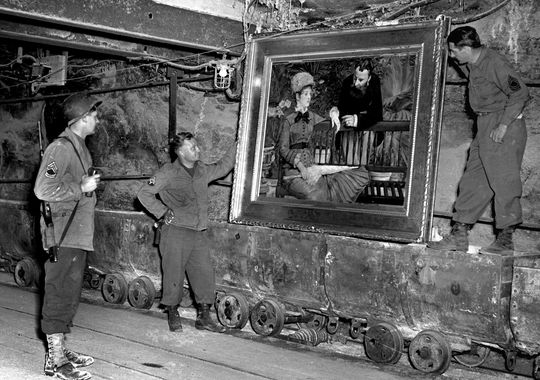 A treasure trove of stolen Nazi art worth billions and believed to be lost forever was discovered behind tins of rotted food in an apartment in Munich.

Some 1500 works by master painters such as Picasso, Renoir, Matisse, and Chagall were said to have been lost in the bombing of Dresden in 1945. The paintings had been taken from their owners by the Nazis, who saw the works as “degenerate.”

Red flags were raised about the existence of the artwork when Cornelius Gurlitt was returning by train from Switzerland. Gurlitt never held a job, and had no real source of income. His father, Hildebrandt Gurlitt, was the art dealer in charge of collecting the art for the Nazis. When the elder Gurlitt died, he passed the paintings on to his son. Cornelius then sold them one at a time to give him money to live on.

The works have been seized by investigators who are hoping to reunite them with their rightful owners.