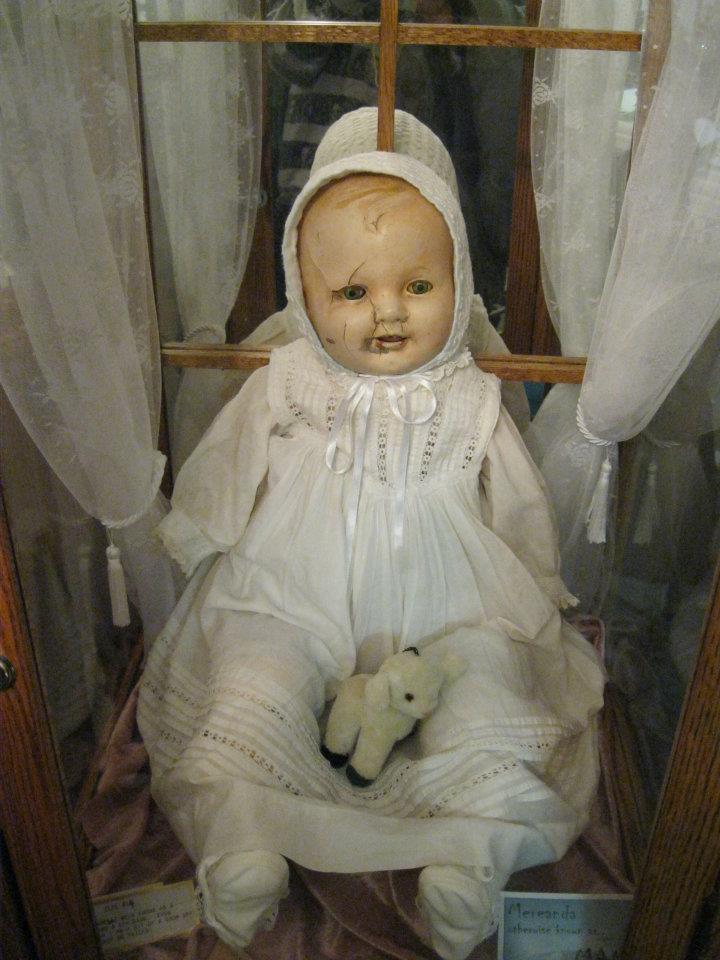 I don’t mean to alarm you, but I feel it’s important that you know more about North America’s surplus of scary, haunted dolls. We’ve already introduced you to The Conjuring’s infamous Annabele at the Warren Occult Museum, but have you heard of Mandy?

Mandy the Doll has been terrorizing the Quesnel & District Museum where she’s been on display since 1991. The antique doll was already 91 years old when she was given to the museum from an unnamed donor, a donor who couldn’t handle having Mandy in her house anymore. Why? Because Mandy had begun to do some very, very strange things.

The owner began waking in the middle of the night to the sound of a baby crying, only there was no baby in the otherwise quiet house. The bizarre sound would echo up through the halls from the basement, and oftentimes was so loud it couldn’t be ignored. Once the owner worked up the courage to investigate, she would only ever find an open window. The strange sounds were enough to scare her for good, and Mandy was given to the museum. According to the previous owner, once the doll was no longer in her house the mysterious crying stopped altogether.

Once Mandy was put on display strange things began happening to the staff and volunteers at Quesnel Museum. Lunches would begin disappearing out of the fridge, only to be found later tucked into drawers. Pens, pictures, books, and display items began disappearing without a trace, many of which have yet to be found.

“Mandy… sat facing the public entranceway, [where] visitors would stare, and talk about this doll with the cracked and broken face, and sinister smile. With time, Mandy was moved to another part of the museum and carefully placed in a case by herself because rumor had it that she should not be placed with the other dolls because she would harm them.” – Quesnel Museum

In 1999 the Museum and Mandy were both featured in the book “Supernatural Stories Around British Columbia”, and it took no time before people began visiting the museum to see the strange little doll, and new guests began having their own bizarre experiences with Mandy. 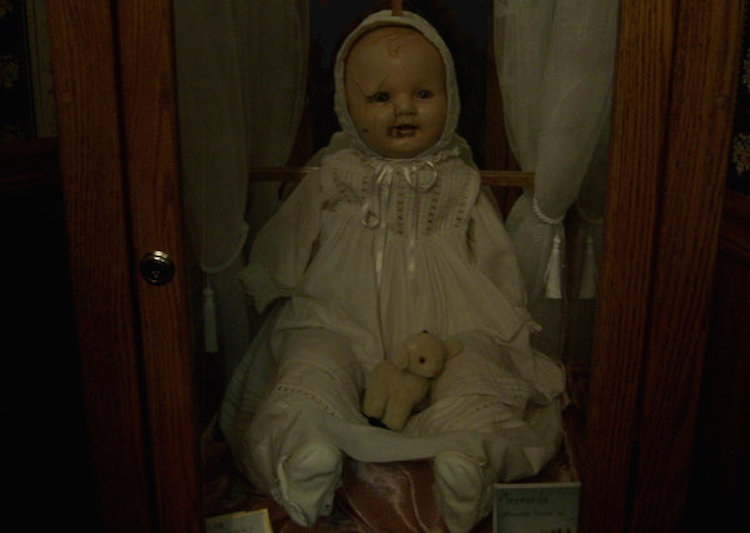 Often times various batteries are drained completely in the presence of the doll. One guest even claims that Mandy caused the light on her camera to go on and off every five seconds, and then once she left the room it began working again. A number of times guests have reported that Mandy’s eyes follow them around the room, and some even say she blinked at you when you’re not looking. Mandy’s even been known to move around on her own to different display cases.

Mandy the Doll draws loads of curious visitors to the museum every year, for obvious reasons. And if you want to see her for yourself she’s currently on display (along with thirty-thousand other items) at Quesnel & District Museum and Archives… just hope that she doesn’t follow you home.