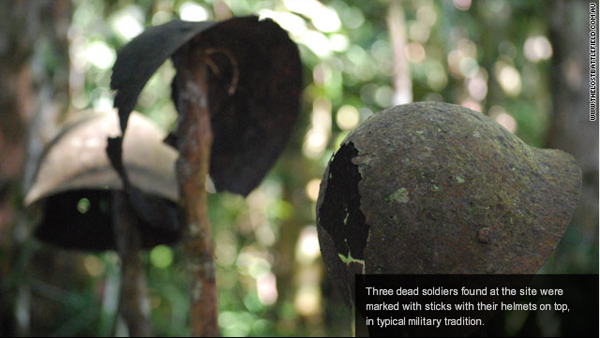 A WWII battlefield complete with the remains of Japanese soldiers was found in the jungles of Papua New Guinea in 2010.

Former army captain Brian Freeman found the battlefield about a half mile from the village of Eora Creek, which was believed to be the location of the last major battle in the region between Australia and Japan.

The site was known to local villagers, who hunted on the plateau surrounding the site but avoided the battleground itself due to their belief that spirits of the dead were still present.

After extensive research of battle maps and diaries, it is believed that the location was a significant defensive position for the Japanese as well as the location of a medical facility.