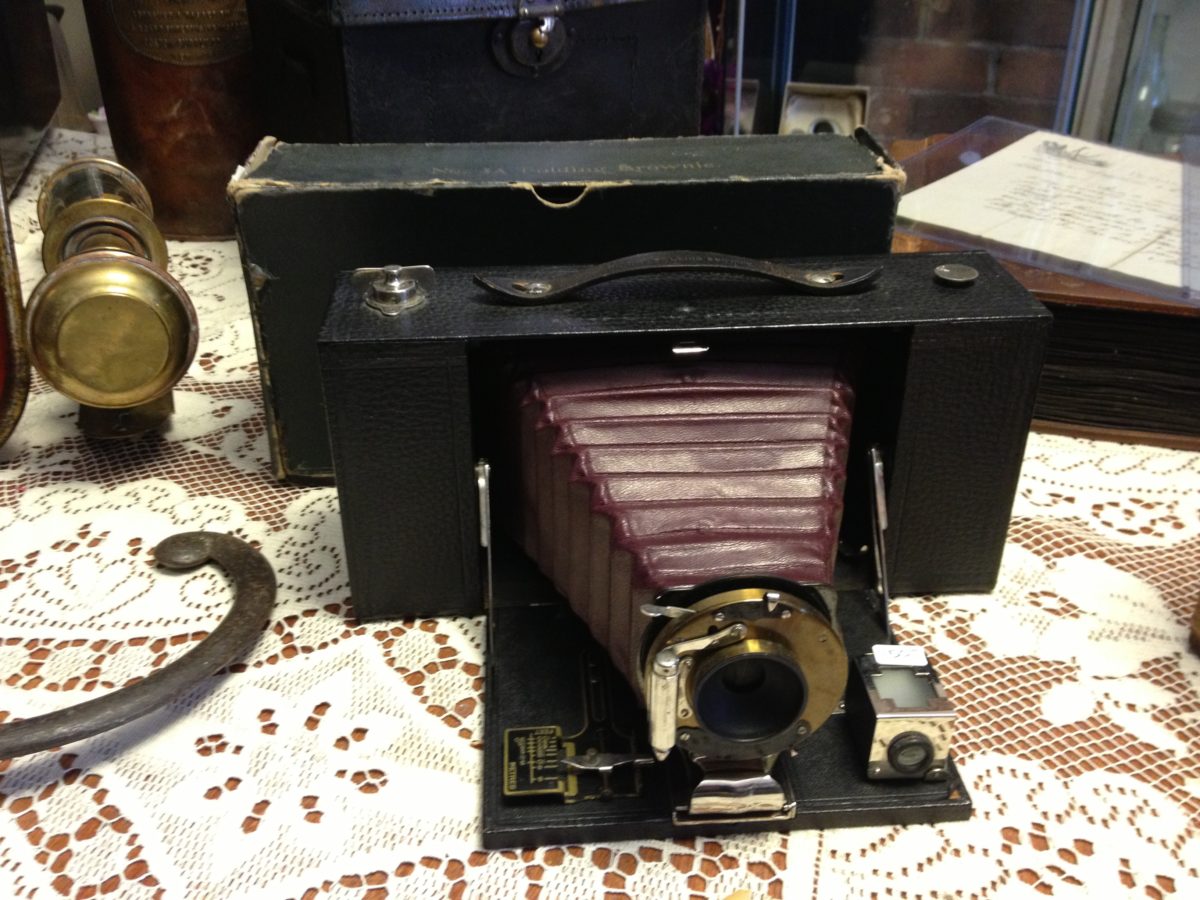 No doubt this one will have you smiling.

Brownie, the name of a long-running popular series of simple and inexpensive cameras made by Eastman Kodak, popularized low-cost photography and introduced the concept of the snapshot. Brownie cameras are credited for creating the hobby of photography as an American national pastime early in the 20th Century. The one seen here is a 3-A folding type and comes complete with original box. The 3-A model was introduced in 1909 and discontinued in 1915.