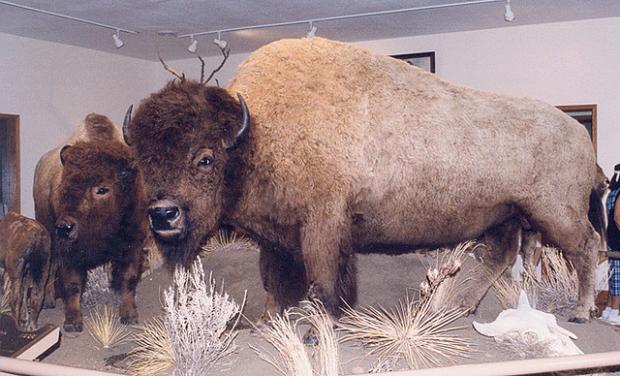 Zoologist and conservationist William Temple Hornaday (1854 – 1937) was another mover and shaker in the world of taxidermy. He worked for Ward’s Natural Science Establishment, which supplied taxidermy specimens to museums. One specimen hunting trip resulted in a display of two orangutans, named The Fight in the Tree-Tops, after which he was appointed chief taxidermist at the Smithsonian Museum in Washington D.C. He heard that the American bison were being decimated and, though troubled by the morality of the exercise, went to Montana to hunt for several specimens. Hornaday was so appalled by the skeletal remains of so many slaughtered bison that he highlighted their plight, and his work resulted in the creation of federally protected bison ranges in the American north-west. His famous bison display can today be seen at The Museum of The Northern Great Plains in Fort Benton, Montana.