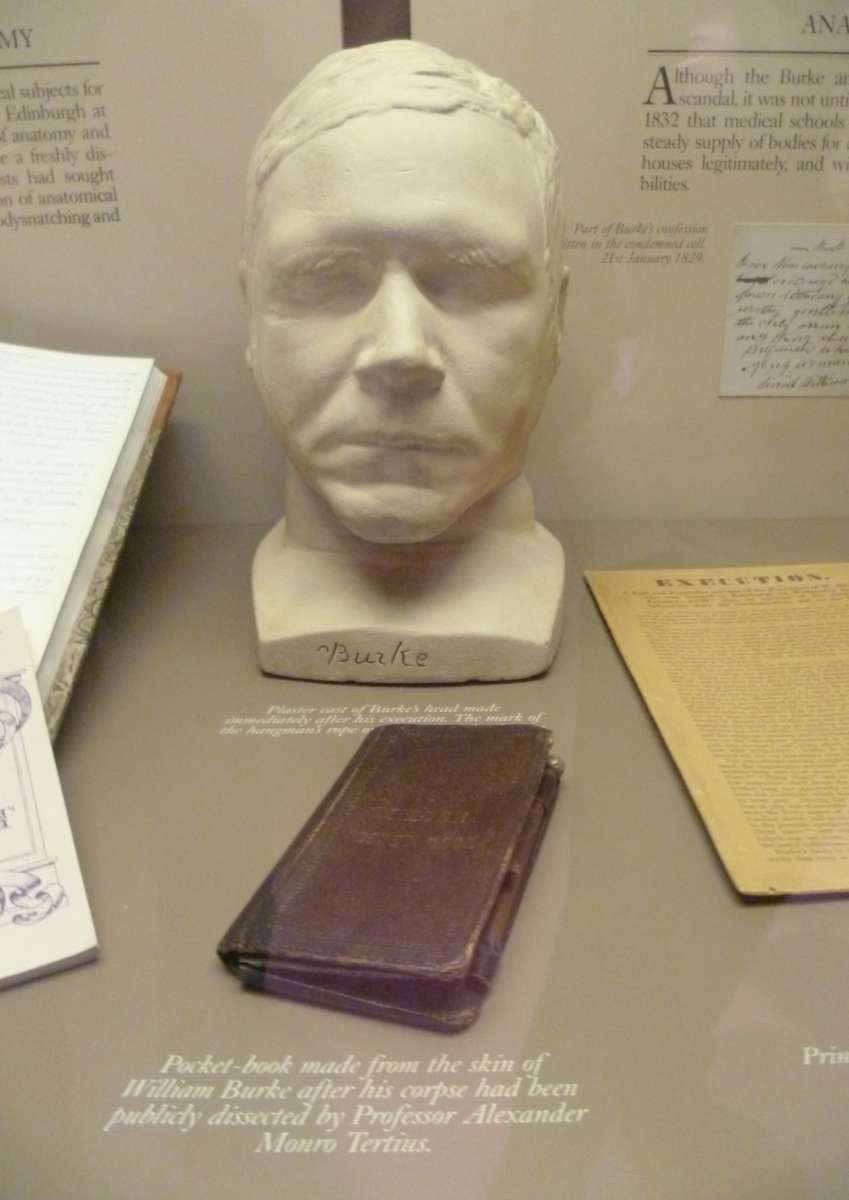 The museum of the Royal College of Surgeons of Edinburgh has three permanent collections, the History of Surgery Museum, the Dental Collection and the Surgeons’ Hall Pathology Museum. One of the grisliest items is not in the pathology exhibit, as you might expect, but the historical one. There, they have his death mask and a tattered book, no larger than a man’s hand and bound in what appears to unremarkable dark brown leather with faded gold lettering. Upon closer inspection, though, one sees that the faint letters read “EXECUTED 28 JAN 1829,” giving a clue to the wholly remarkable source of the “leather.” The book is bound in the flesh of William Burke, the notorious murderer who killed so he could sell bodies to the anatomist Robert Knox. During their trial, Burke’s accomplice William Hare turned on him in exchange for immunity. Burke was found guilty, hanged, dissected and had his flesh turned into a unique, Necronomicon-esque book cover.