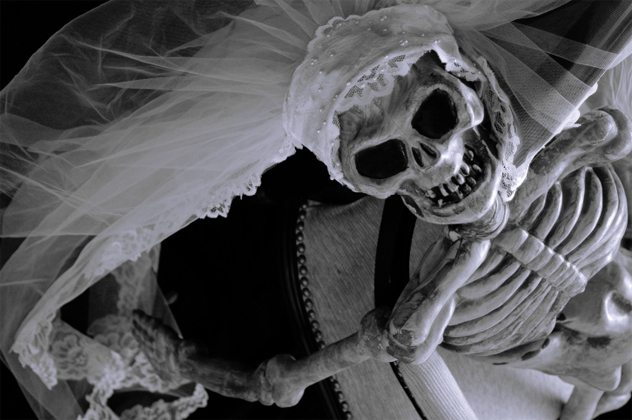 In China, it’s never too late to find love, even after death. While few and far between, ghost weddings are an old tradition for those who died single. It’s believed that they’re a way to appease the spirits; in other words, they think the ghosts will be too busy honeymooning to haunt anyone.

The way it works is the families of two recently deceased singles agree to bury the dead together, partnering them in holy, postmortem matrimony. In a recent case, however, brides were being stolen from their graves and their families had no idea. A ring of grave robbers was arrested for selling corpses to families as “ghosts wives” for their deceased sons, regardless of whether or not the ladies were even single at the time of their deaths.

The women’s bodies were dug up, cleaned, and sold with falsified medical records for the price of $38,000. The ring got away with selling 10 of these corpses illegally before being caught and sentenced to 28 to 32 months in prison.