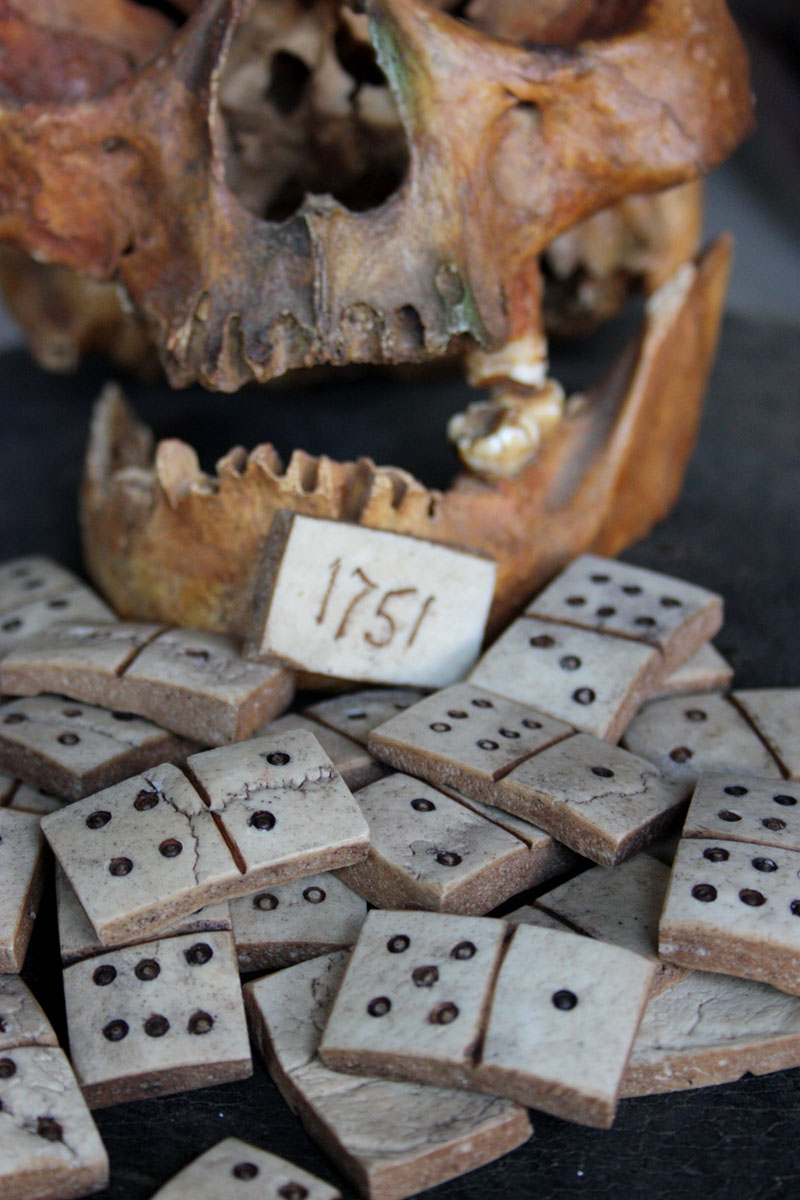 The story behind these dominoes is like no other… in short… 1700’s, some silly comment taken as a “curse” by an even sillier farmer, chaos ensued, hunting down an elderly couple for a good old fashioned ‘witch ducking’ ending in the death of two innocents, followed by the conviction and public hanging of the ‘witch hunter’ because the law for witch hunting was repealed 5 years before, (this is where it gets good) a skull was made into dominoes that was used as a ‘witchy’ form of divination. Now, who’s skull do you think it was??