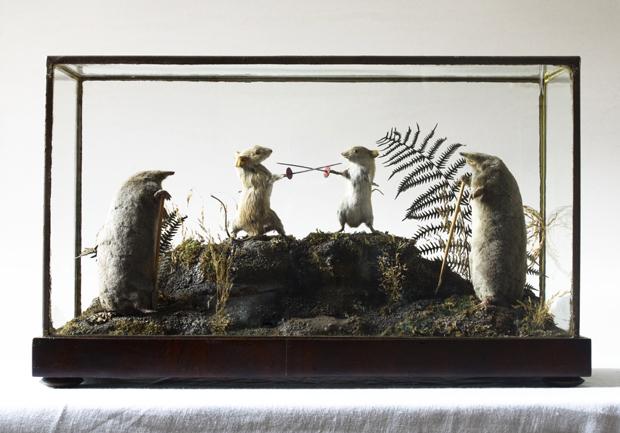 The Great Exhibition, which took place in Hyde Park, London, in 1851, included a number of taxidermy exhibits. Hermann Ploucquet, a German taxidermist, exhibited anthropomorphic taxidermy: animals engaged in human activity. The Morning Chronicle of August 12, 1851 noted that Ploucquet’s exhibits were “one of the most crowded points of the Exhibition.” The Great Exhibition, which attracted some six million visitors, is generally held to be the turning point for taxidermy; many of the displays were of a high technical standard and utilized great artistry in scenes and tableaux that, compared to the simply posed species on display in museums, provoked great excitement. Queen Victoria recorded in her diary that his work was “marvelous.”