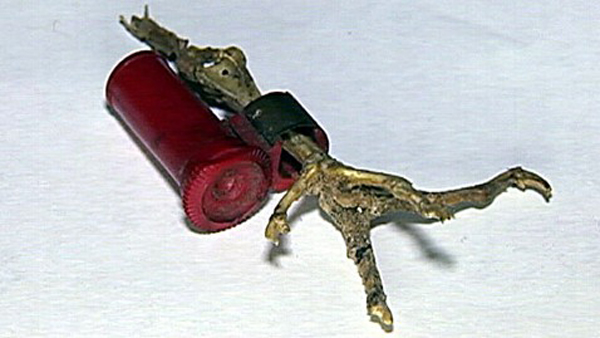 While restoring a fireplace in his home in Surrey, England, David Martin discovered a coded message attached to the skeleton of a carrier pigeon.

It is believed that the bird was making its way from behind enemy lines toward Bletchley Park in Surrey, which was Britain’s main decryption center during WWII. The bird never made it, however. Exhausted, disoriented, or lost, it landed in Martin’s chimney, instead, where it stayed undisturbed for 70 years until the renovation began.