Where did he go? 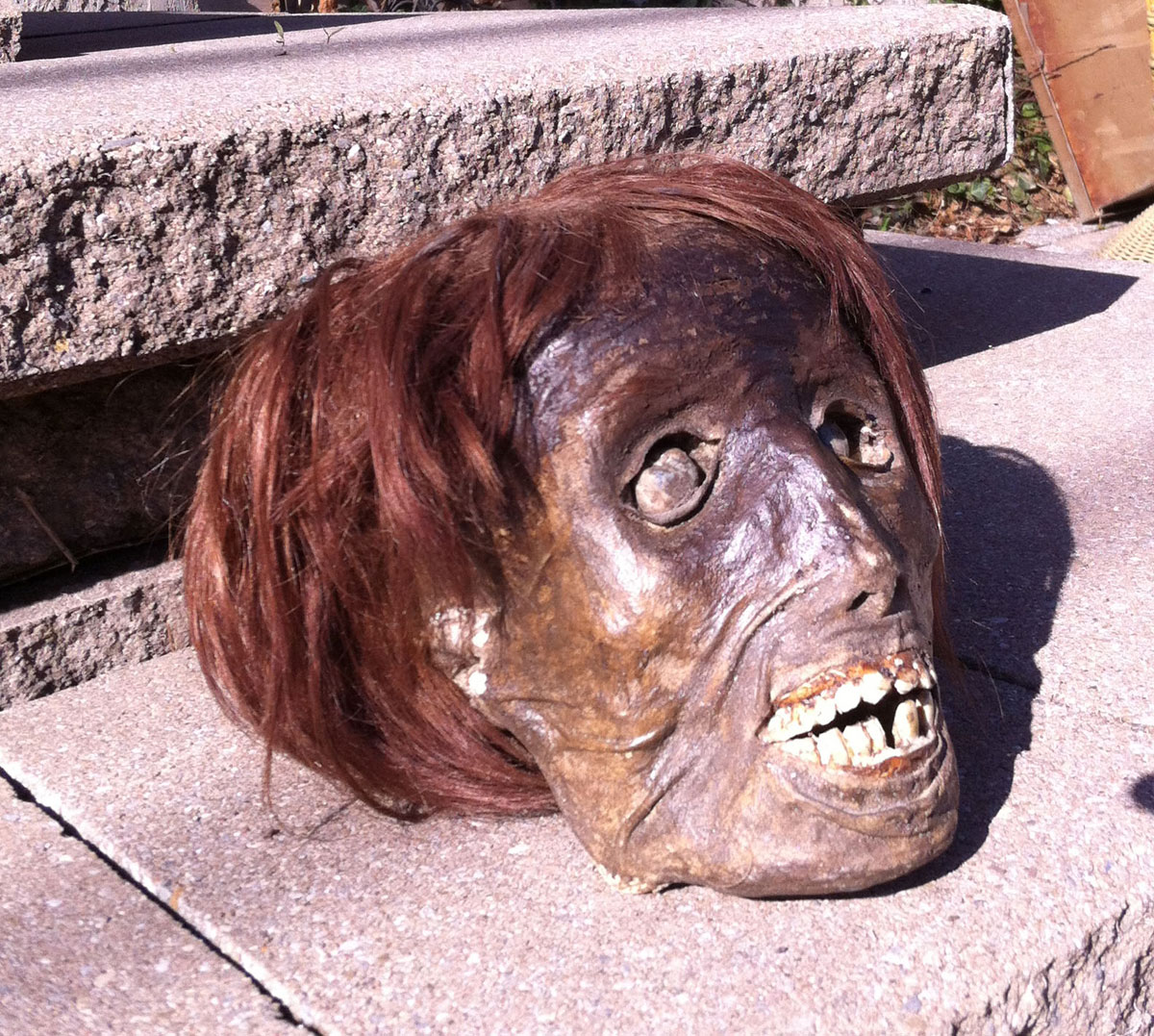 A mysterious stranger walked into our shop 3 days ago, drenched from head to toe sporting a soiled, worn and tattered dark black overcoat. Seeing he looked haggard I offered our friend a seat but he politely declined saying there was no time to rest as he had a long trek ahead of him and wanted to make this quick. “Saw your ads on your website” he said, “and I’ve made the trek from my beloved homeland of Borneo to see you.”

He nod and said. “It would appear my friend you have a real head for geography and speaking of real heads come a little closer, I’ve got something I would like to show you.”

Never one to shy away from intrigue I did as he said and as I stepped closer he pulled open one side of his soiled overcoat and reached into the depths of his coat and pulled out the very head you see before in the photos. Gently he placed it on a glass table in the middle of our shop and I began to study its features and form. My mind began to race, “Wow… now here’s a piece that definitely has peaked my interest…. can’t wait to know the who, what, when, where and why on this curio” and when I looked up to inquire he was gone. I searched the shop high and low, I could find no sign of him. I bolted out the front door in the pouring rain and looked down the street both left and right, not a trace. As quickly as he had appeared, he had vanished. What mysteries lie behind this head that has made its way into our little shop all the way from Borneo? Perhaps we will never know, but then again one never really knows what the future holds now do we?