Virgin And The Comet 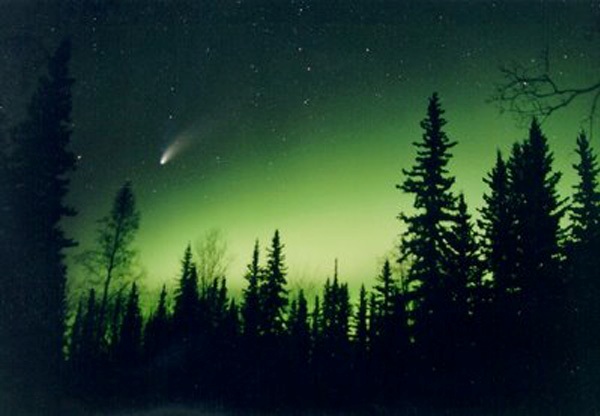 Perhaps the most intriguing story surviving from the visit of Halley’s Comet in 1910 concerns the Oklahoma virgin who was nearly sacrificed to save the world when it came in contact with the Comet’s tail. The sheriffs arrived just in time to prevent the sacrifice of a virgin by demented Americans calling themselves “Select Followers.”

The story first appeared on May 19, 1910 in at least two newspapers far from the alleged scene of the action in Aline, Oklahoma. However, data didn’t match concerning the young lady’s age, the place where she was found, and the clothes that she was wearing (or lack thereof). The position of the Oklahoma Historical Society is simply stated. “None of the above considerations confirm or deny the Jane Warfield story.”

It is difficult to prove that something DID NOT happen, but when ALL of the existing evidence is negative, then we can be fairly positive that it did not, but the rumor is in the air.