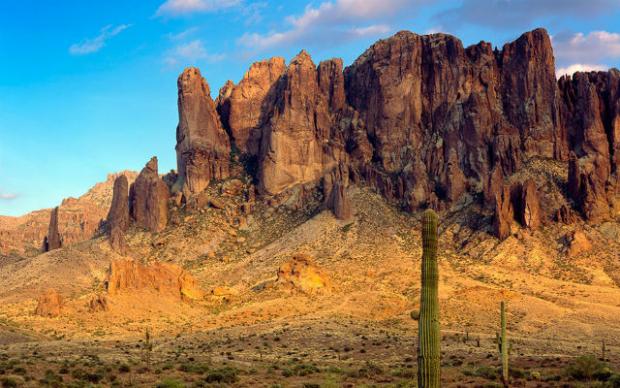 Where is the Lost Dutchman’s Gold Mine?

It’s perhaps the most talked-about lost treasure in American history, but there seems to be more myth than fact surrounding the gold found in Arizona by German immigrant Jacob Waltz. A party of treasure hunters moved to the Superstition Mountains of Arizona in search of Waltz’s cache shortly after his death in 1891 and, still today, an estimated 8000 visitors travel to Lost Dutchman State Park each year in hopes of striking it rich. It was said that Waltz mined his claim in the Salt River Valley of Arizona every winter between 1868 and 1886, though the source of his ore was never found.

Jameson, who wrote about the missing mine in his book Lost Mines and Buried Treasures of Arizona, suggests that the Lost Dutchman’s Mine was probably not lost at all, but says, “the chances are that the Lost Dutchman Mine was just simply mined out.” So, if you’re planning on searching for a lost treasure of your own anytime soon, it may be best to start somewhere else first.