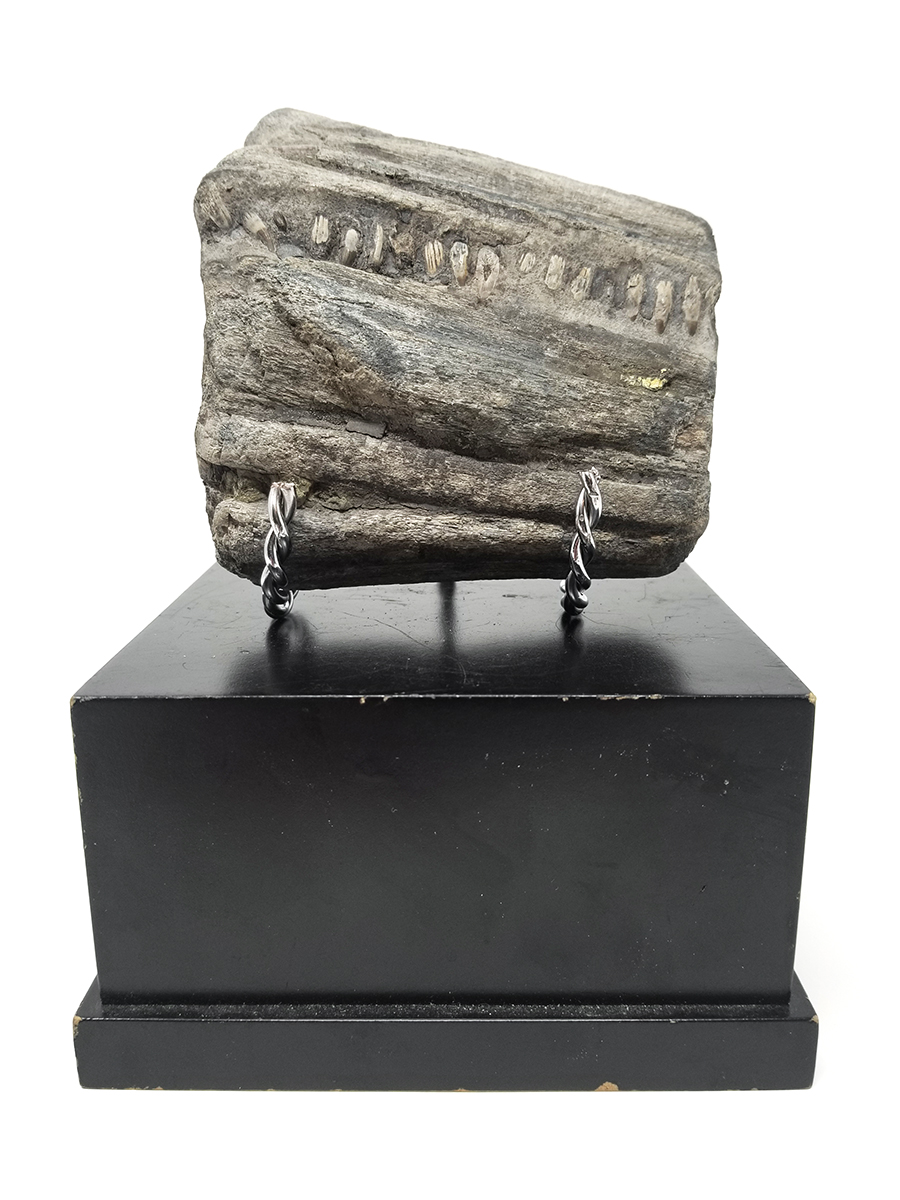 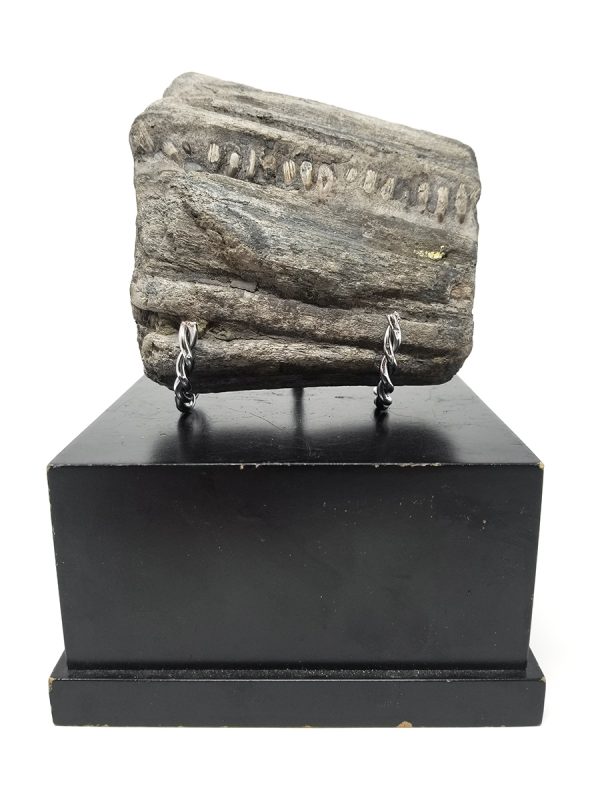 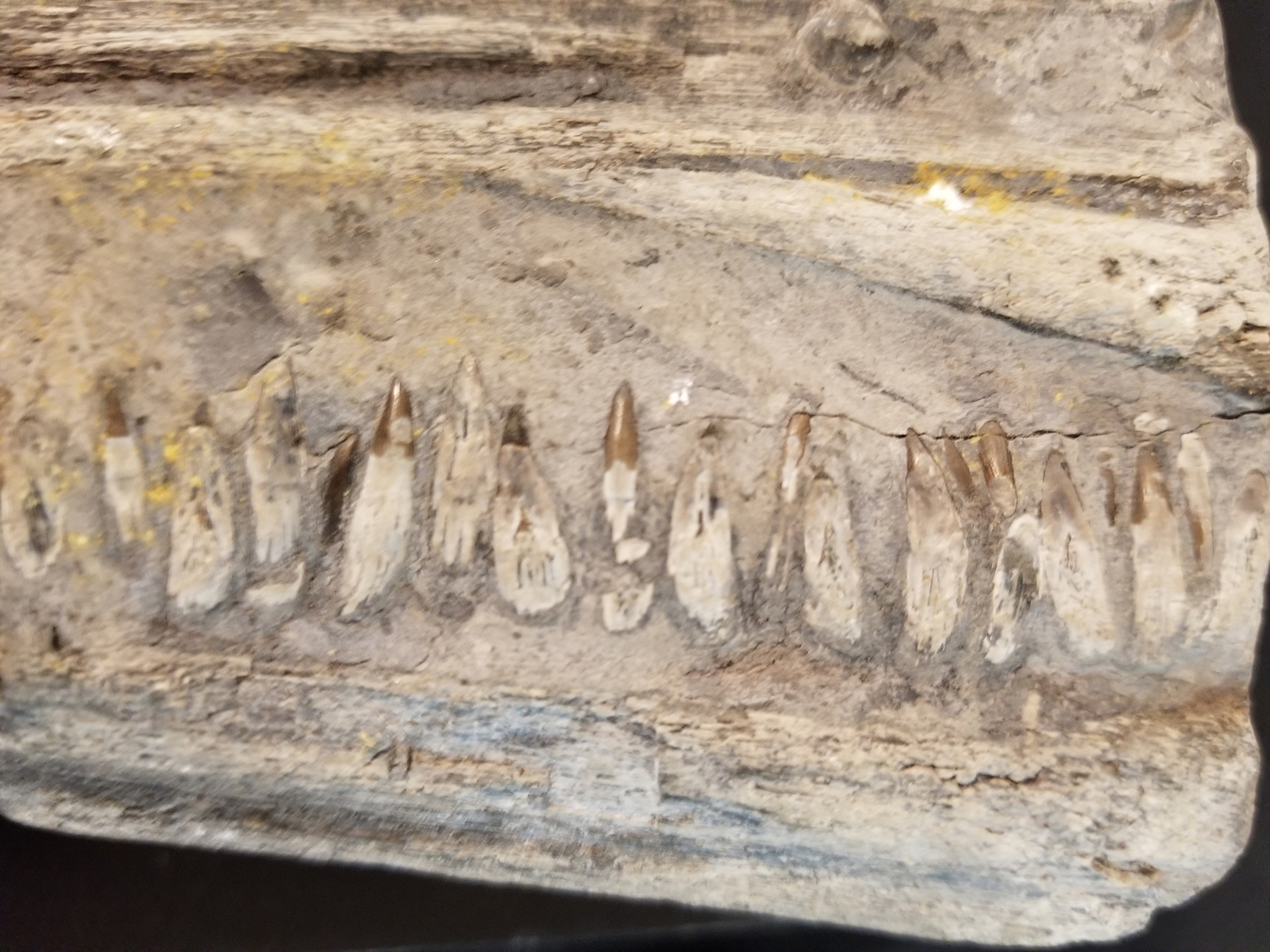 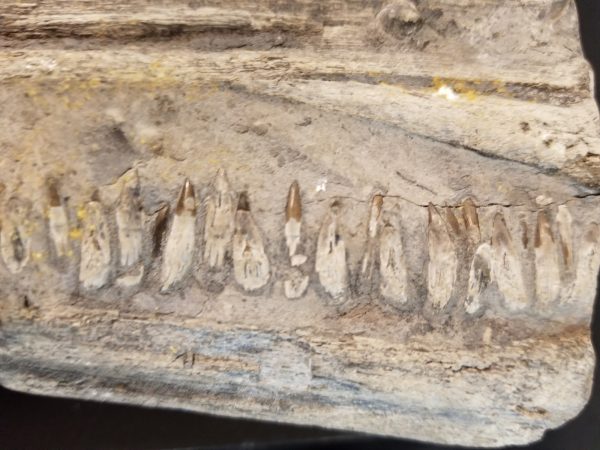 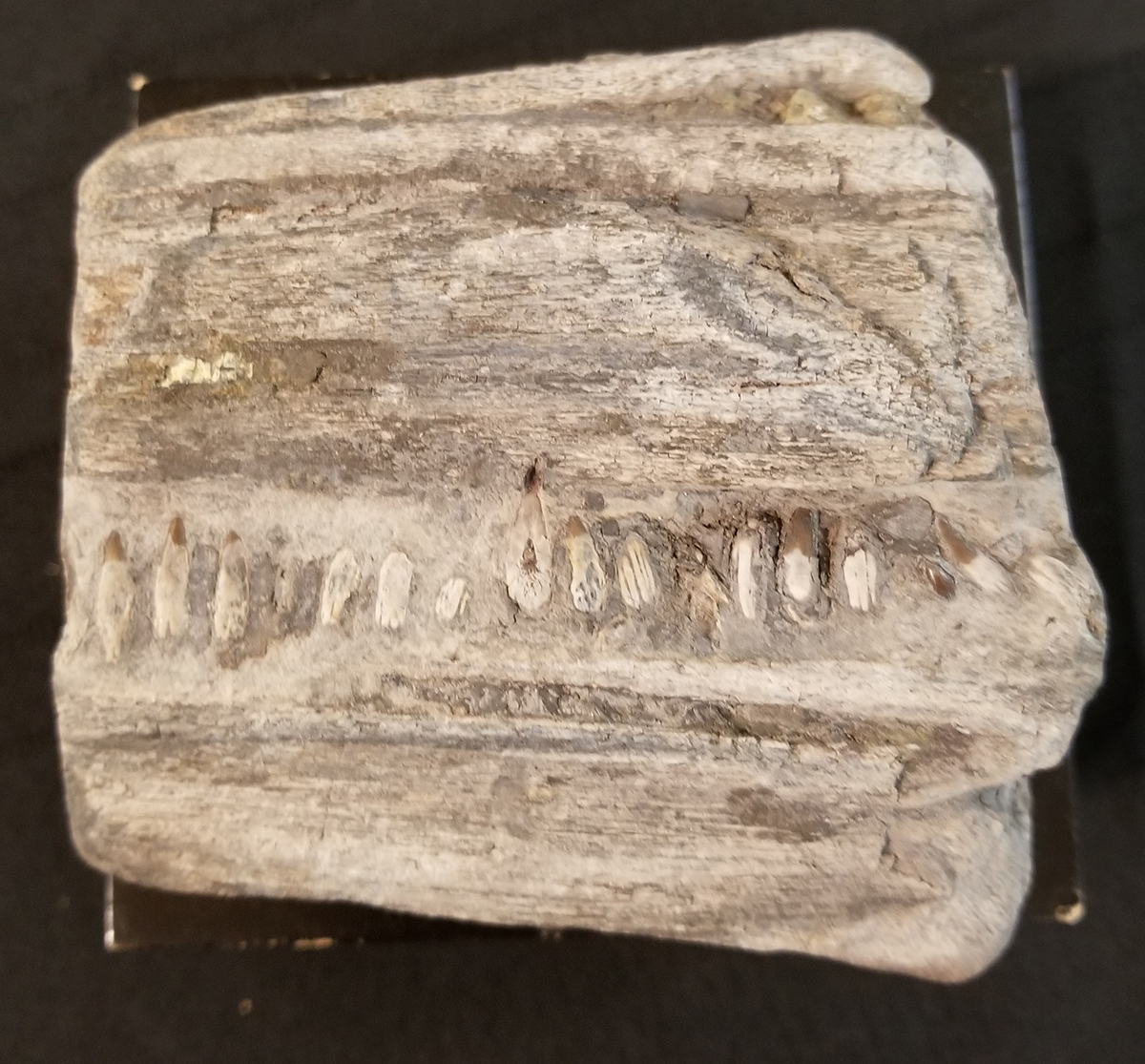 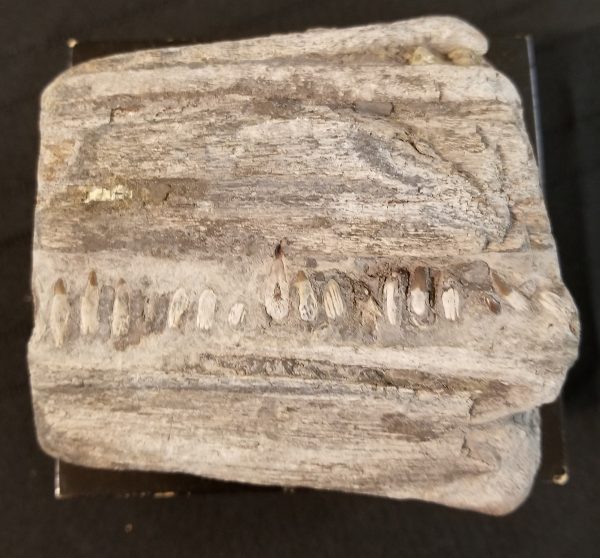 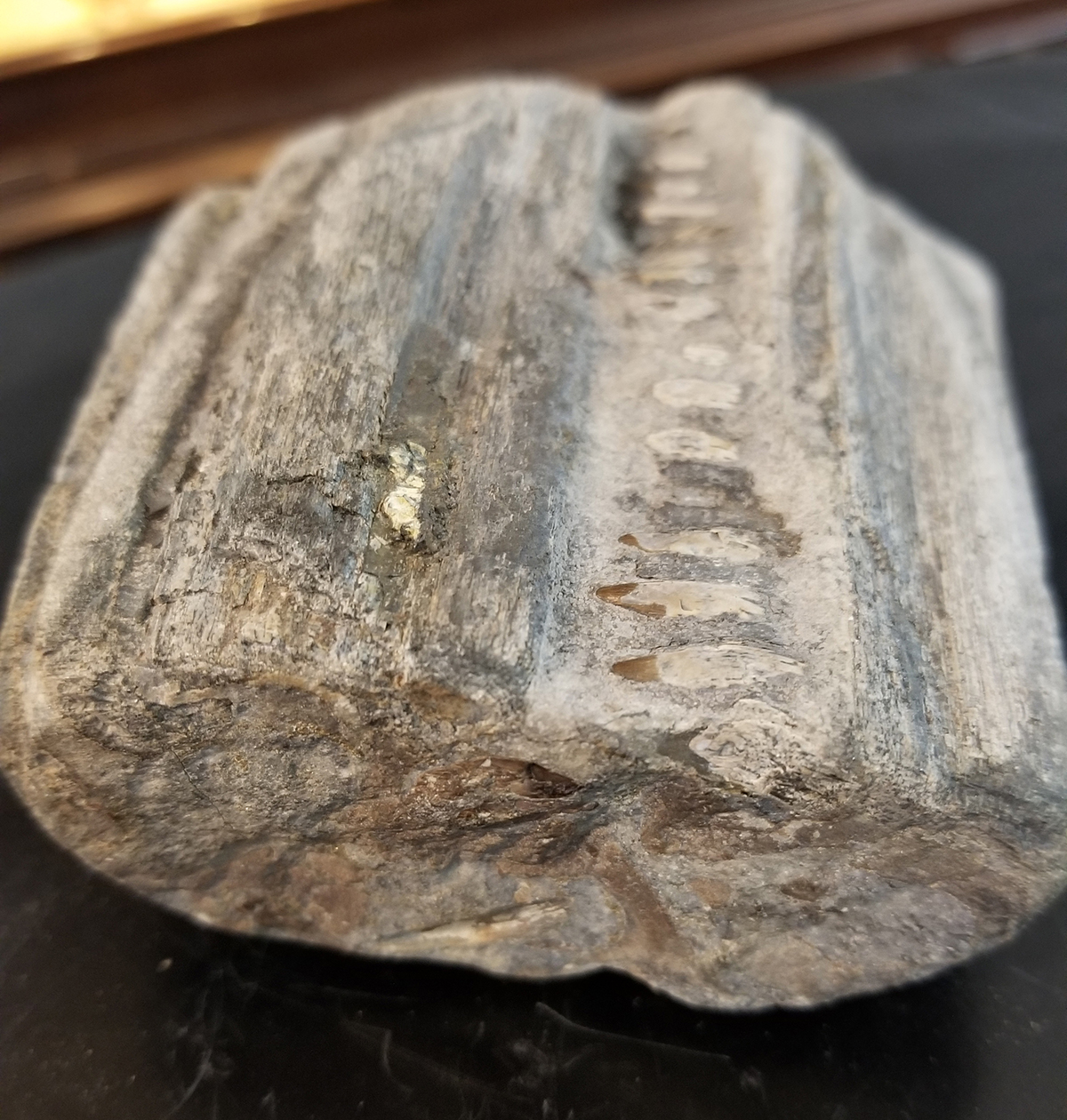 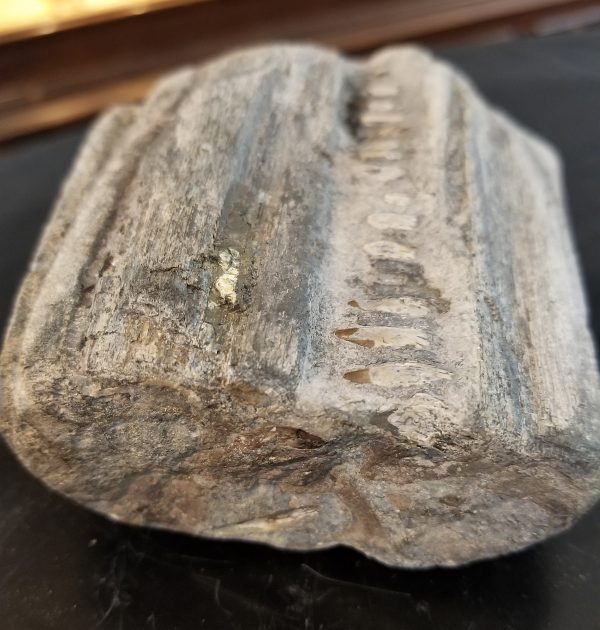 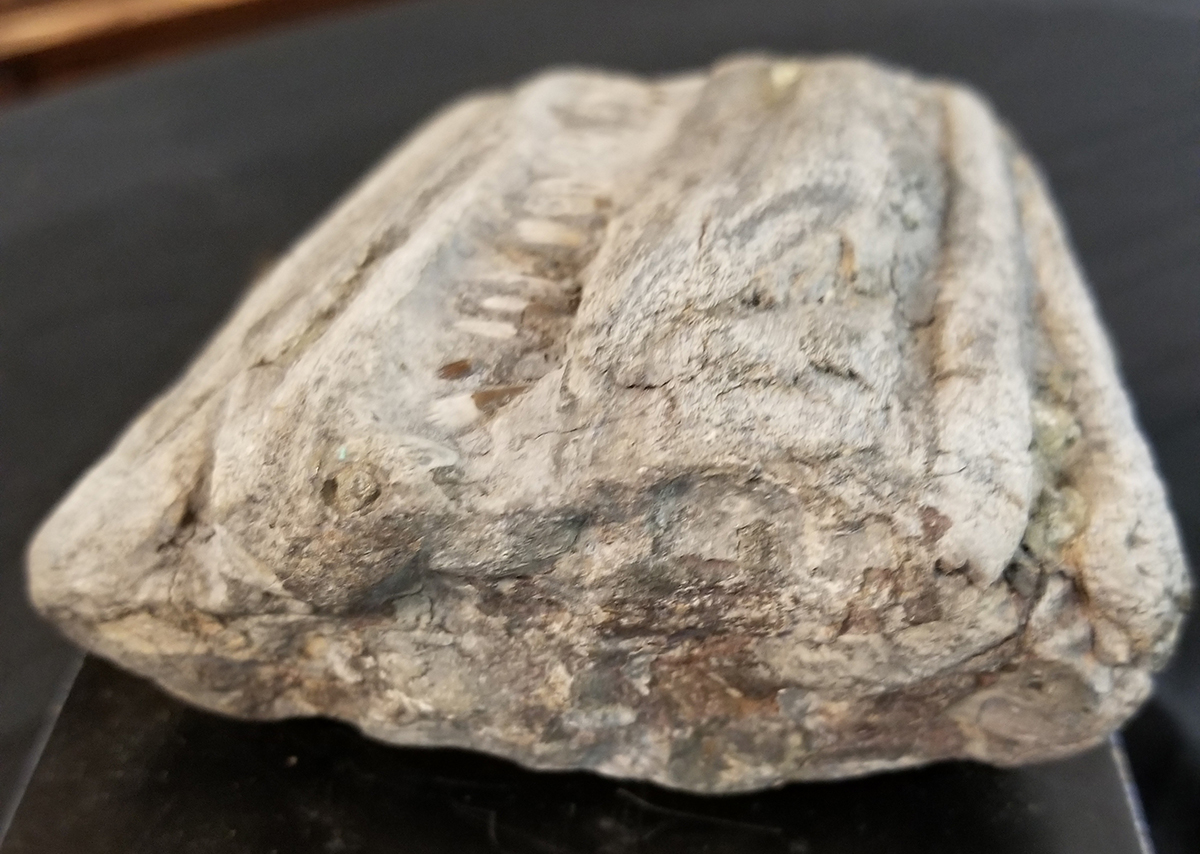 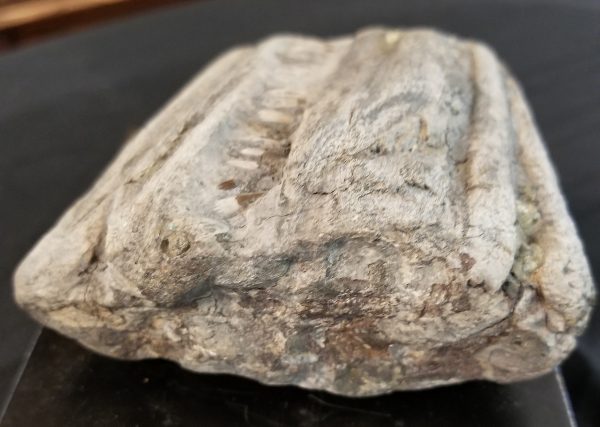 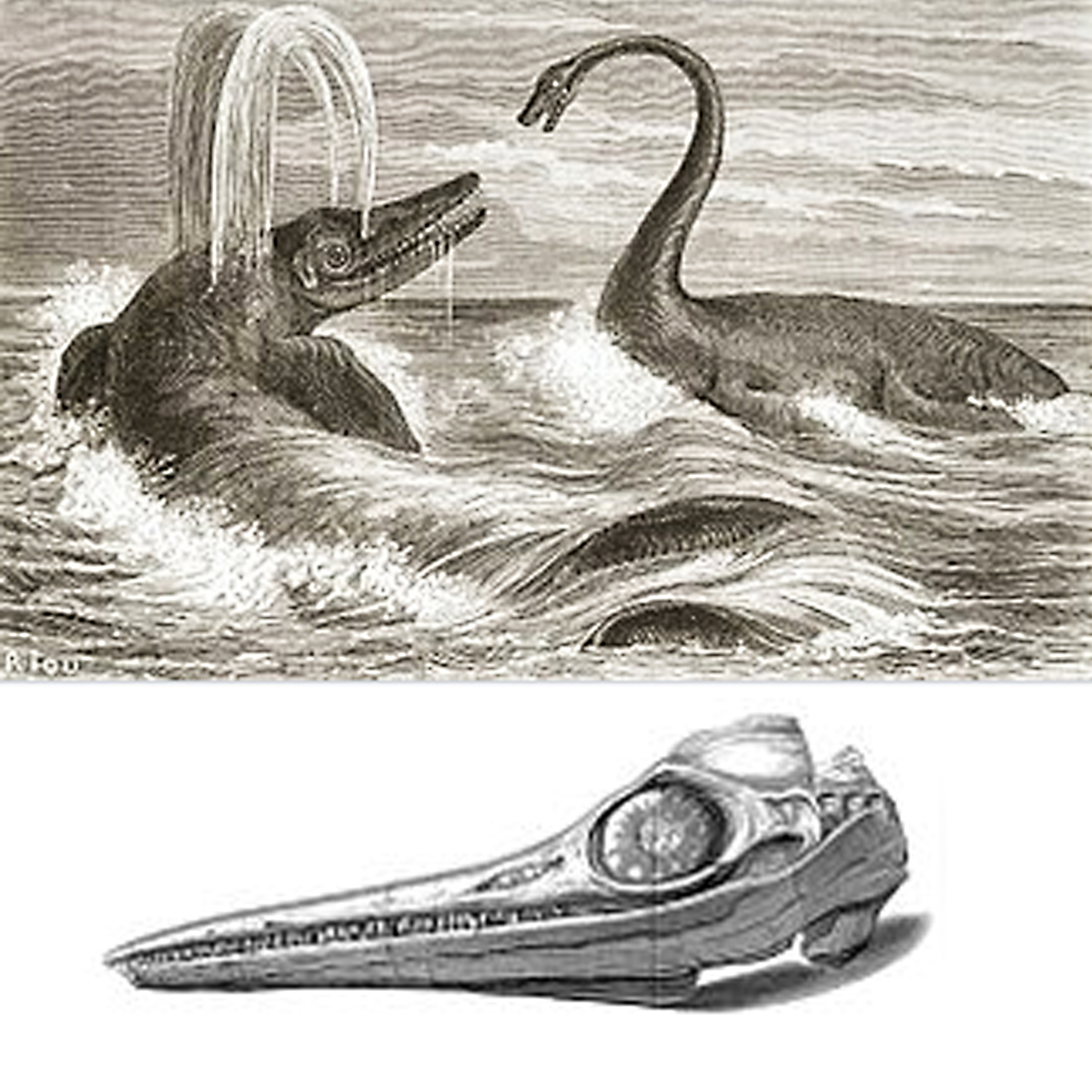 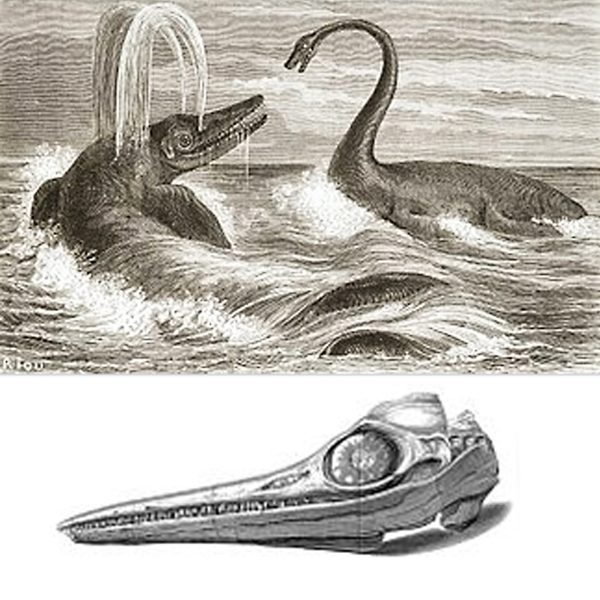 Sourced form the collection of the Niagara Falls Museum, un-researched as to species. Spectacular row of teeth throughout the matrix, visible on both sides.
3.5 x 3.5 x 2 inches

Ichthyosaurs (Greek for fish lizard) are large extinct marine reptiles. Ichthyosaurs belong to the order known as Ichthyosauria or Ichthyopterygia (‘fish flippers’ – a designation introduced by Sir Richard Owen in 1840, although the term is now used more for the parent clade of the Ichthyosauria). Ichthyosaurs lived during the time of the dinosaurs, but formed a separate group from the dinosaurs and may not have been closely related to them.

Ichthyosaurs thrived during much of the Mesozoic era; based on fossil evidence, they first appeared around 250 million years ago and at least one species survived until about 90 million years ago, into the Late Cretaceous. During the early Triassic period, ichthyosaurs evolved from a group of unidentified land reptiles that returned to the sea, in a development similar to how the mammalian land-dwelling ancestors of modern-day dolphins and whales returned to the sea millions of years later, which they gradually came to resemble in a case of convergent evolution. Ichthyosaurs were particularly abundant in the later Triassic and early Jurassic periods, until they were replaced as the top aquatic predators by another marine reptilian group, the Plesiosauria, in the later Jurassic and Cretaceous periods. In the Late Cretaceous, ichthyosaurs were hard hit by the Cenomanian-Turonian anoxic event. Their last lineage became extinct for unknown reasons.

Science became aware of the existence of ichthyosaurs during the early nineteenth century, when the first complete skeletons were found in England. In 1834, the order Ichthyosauria was named. Later that century, many excellently preserved ichthyosaur fossils were discovered in Germany, including soft-tissue remains. Since the late twentieth century, there has been a revived interest in the group, leading to an increased number of named ichthyosaurs from all continents, with over fifty valid genera being now known.

Ichthyosaur species varied from one to over sixteen metres in length. Ichthyosaurs resembled both modern fish and dolphins. Their limbs had been fully transformed into flippers, which sometimes contained a very large number of digits and phalanges. At least some species possessed a dorsal fin. Their heads were pointed, and the jaws often were equipped with conical teeth that could help to catch smaller prey. Some species had larger, bladed teeth with which they could attack large animals. The eyes were very large, probably useful when deep diving. The neck was short, and later species had a rather stiff trunk. These also had a more vertical tail fin, used for a powerful propulsive stroke. The vertebral column, made of simplified disc-like vertebrae, continued into the lower lobe of the tail fin. Ichthyosaurs were air-breathing, warm-blooded, and bore live young. They may have had a layer of blubber for insulation.