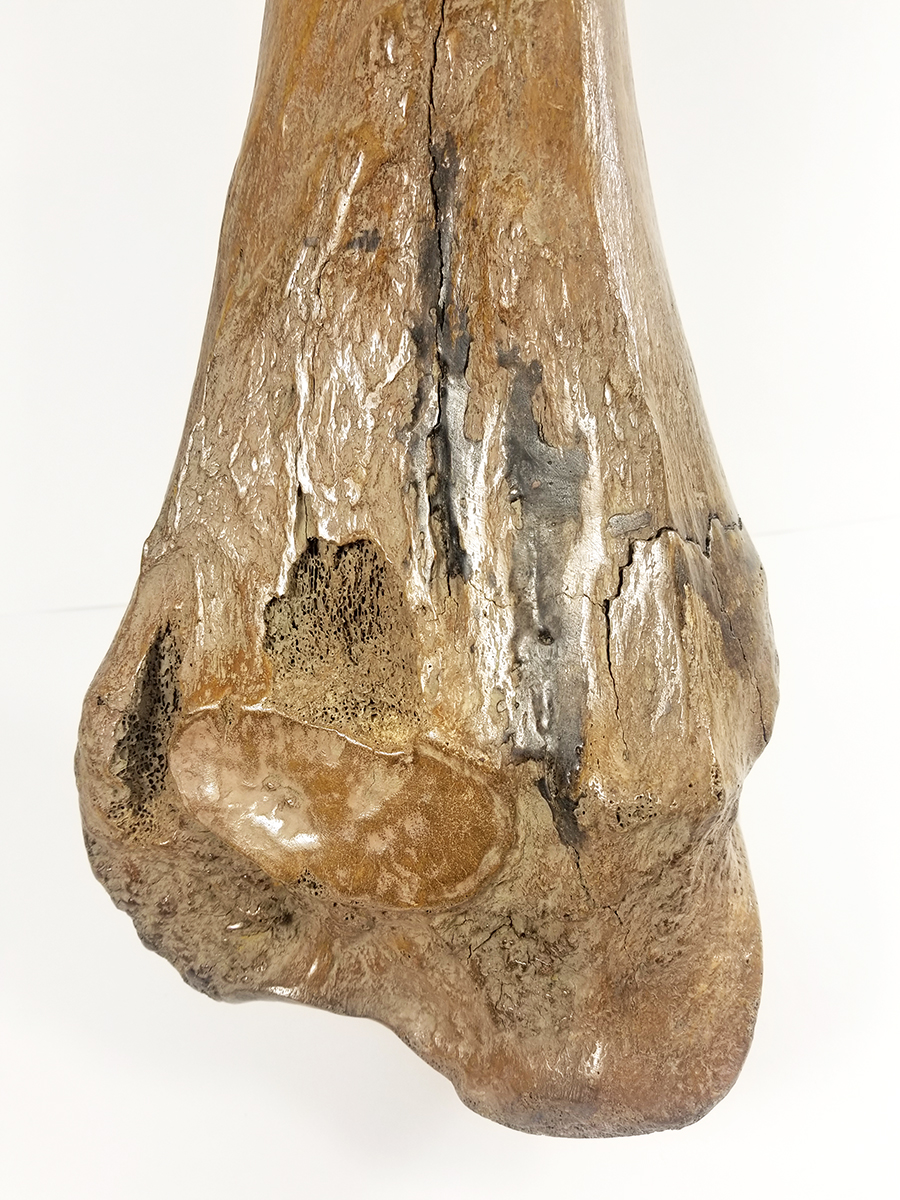 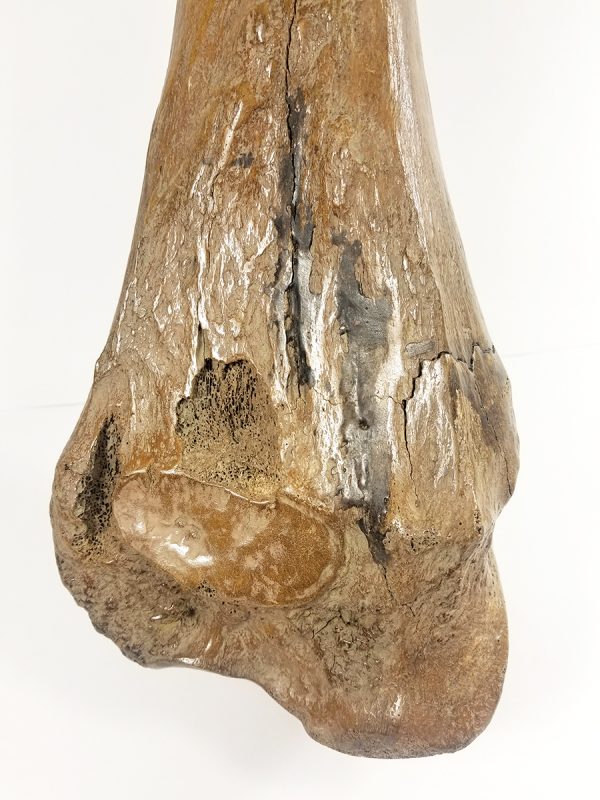 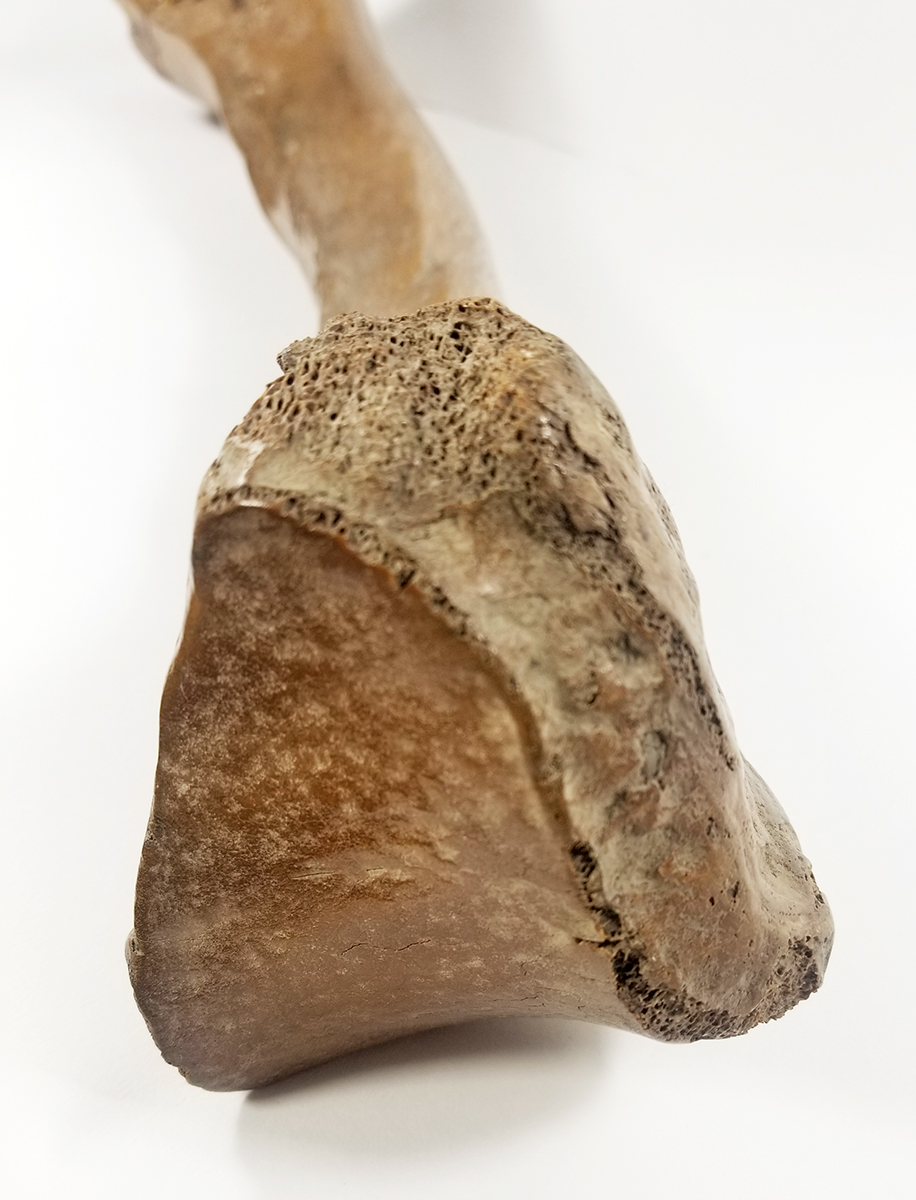 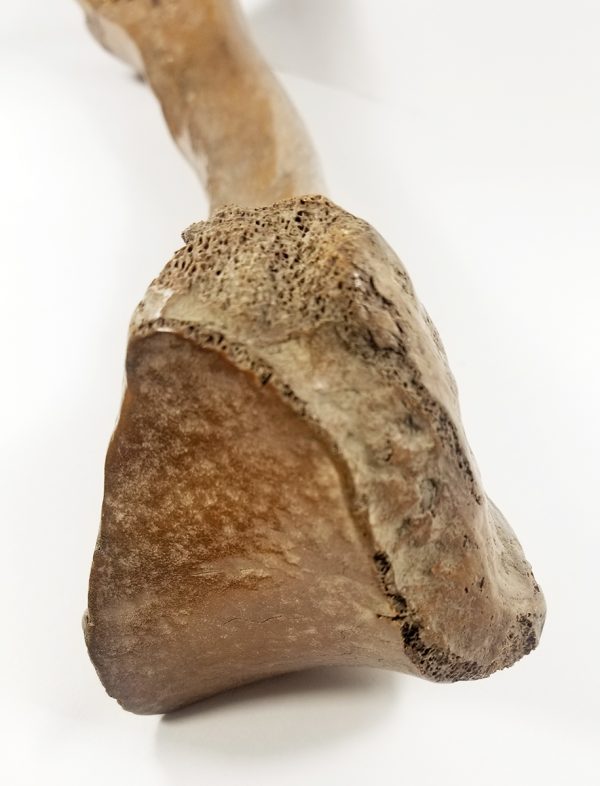 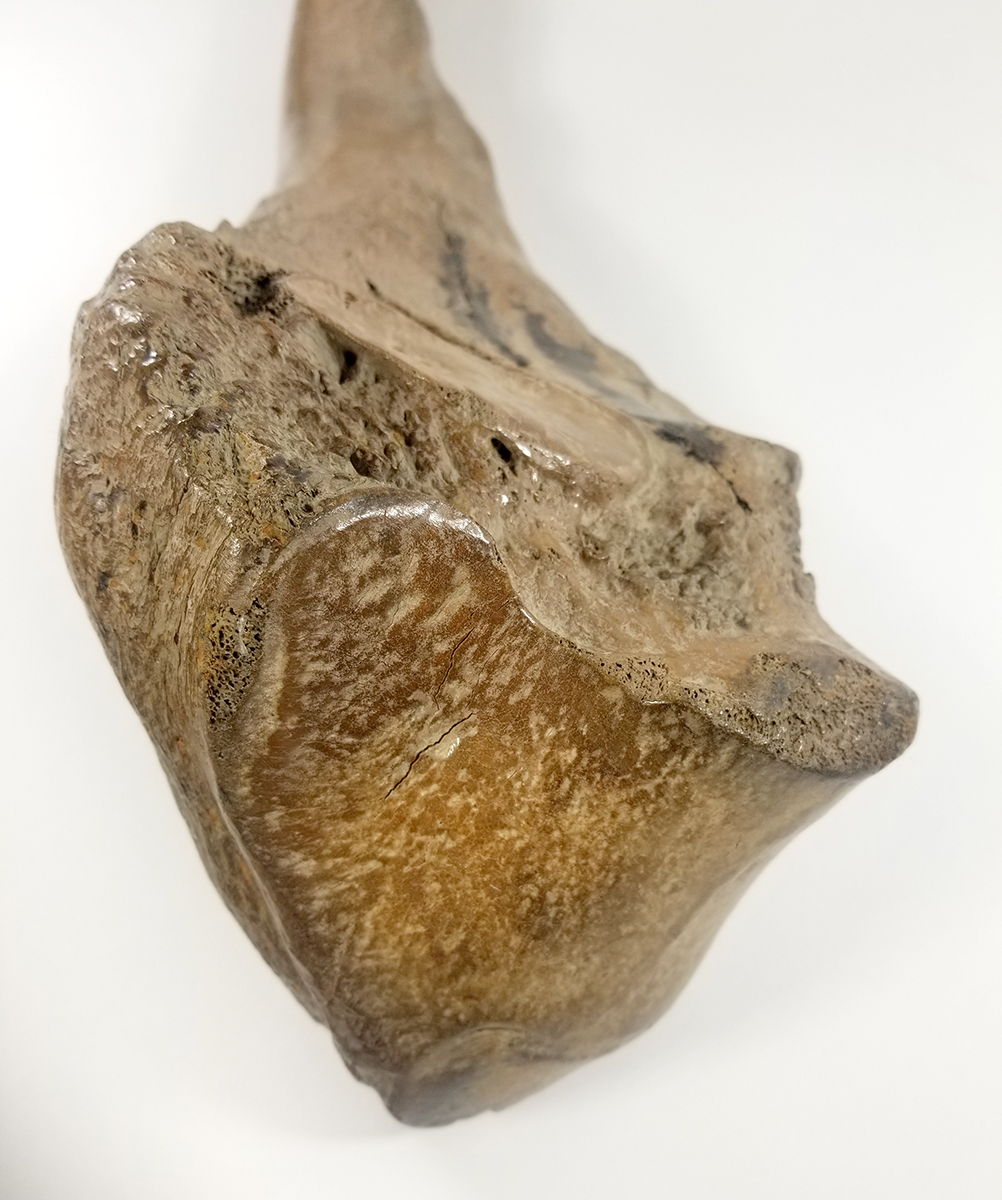 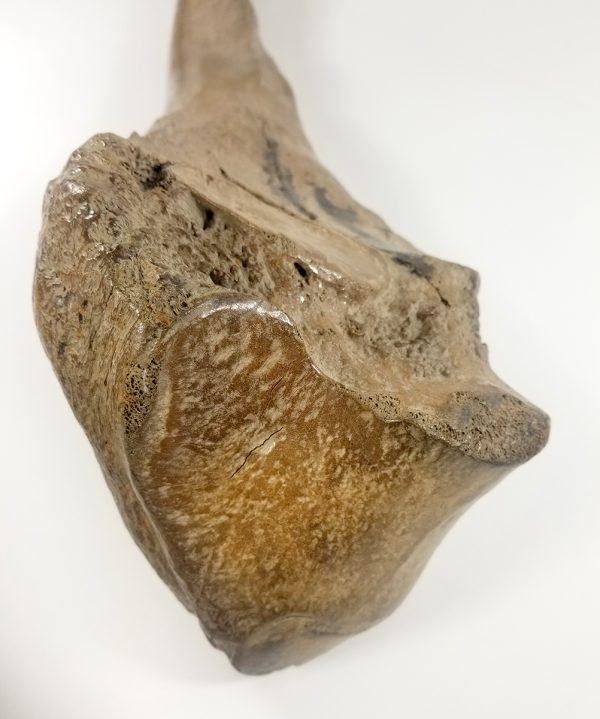 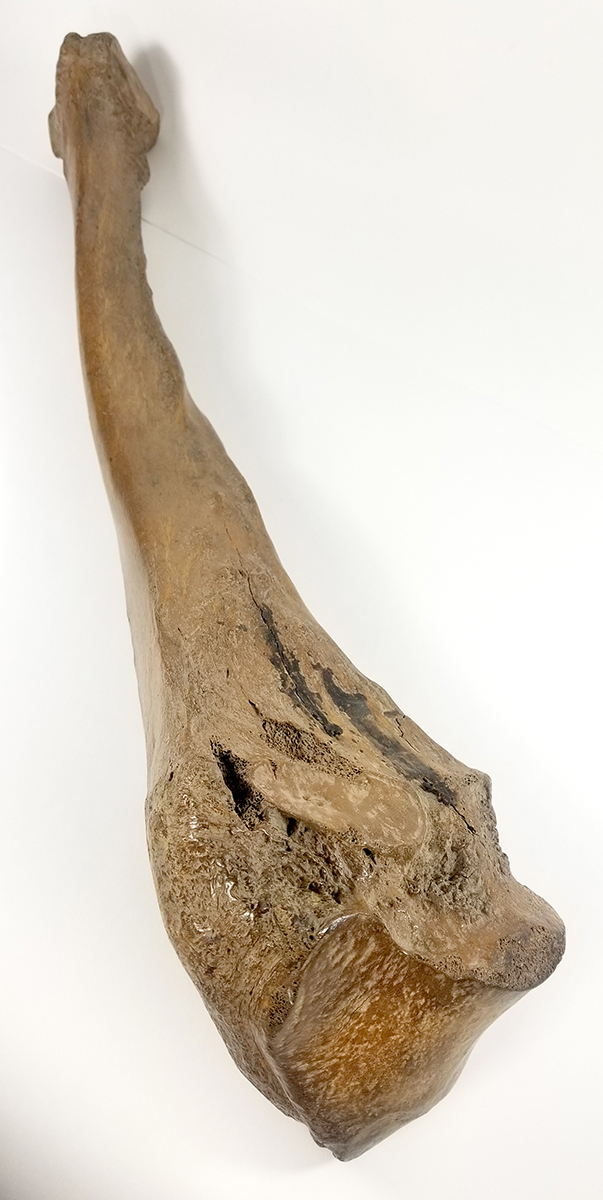 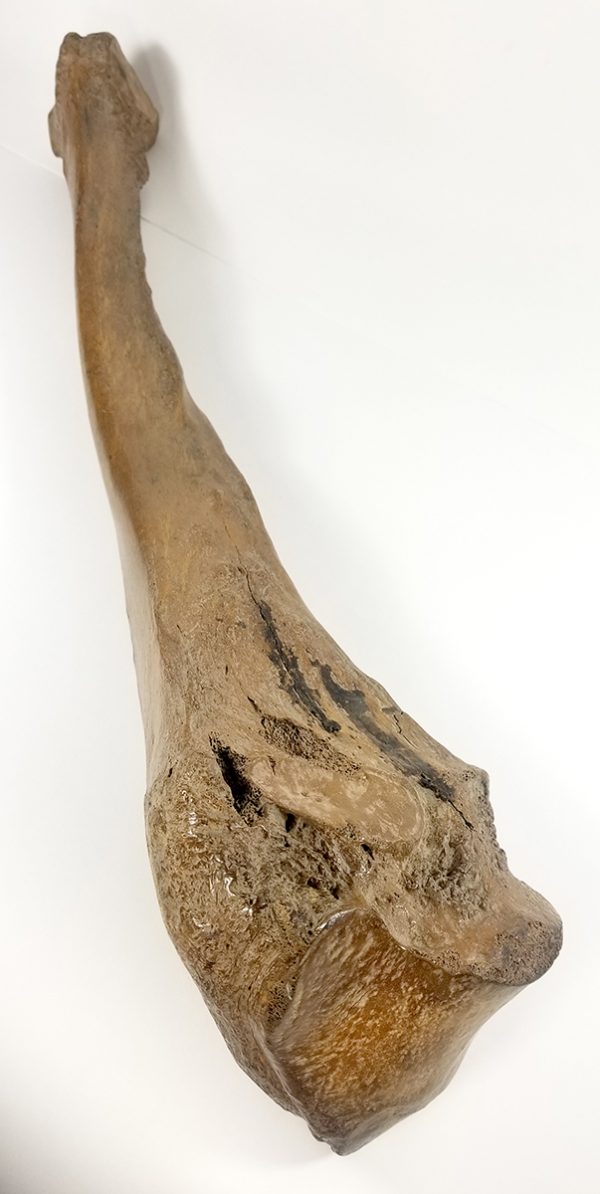 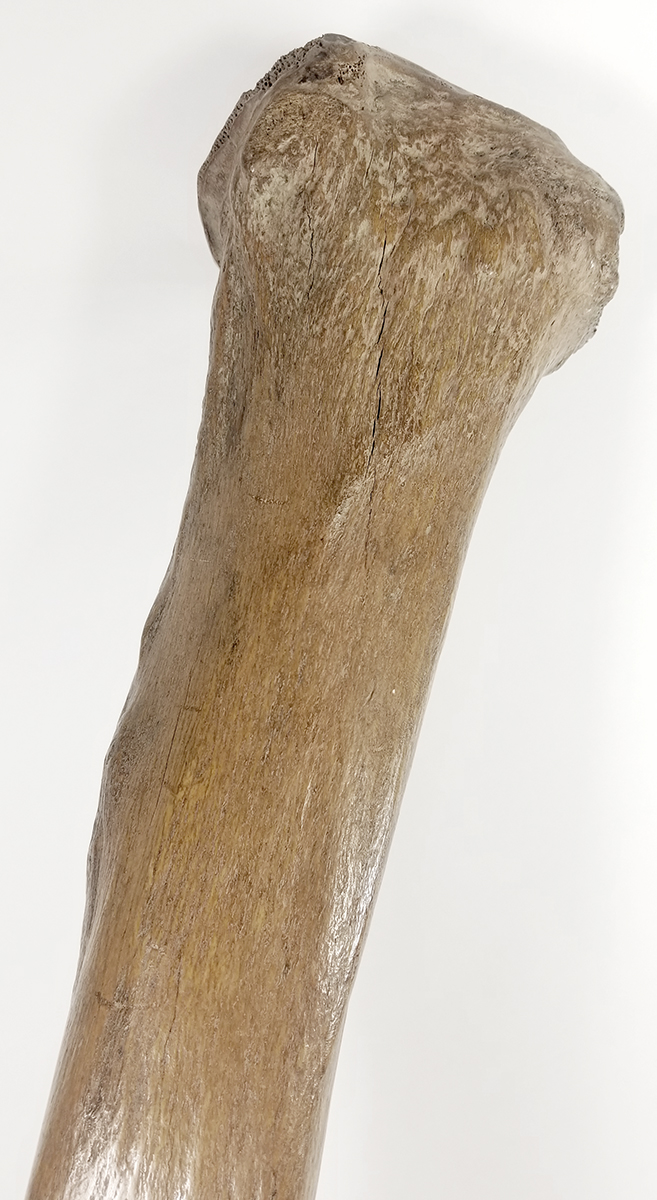 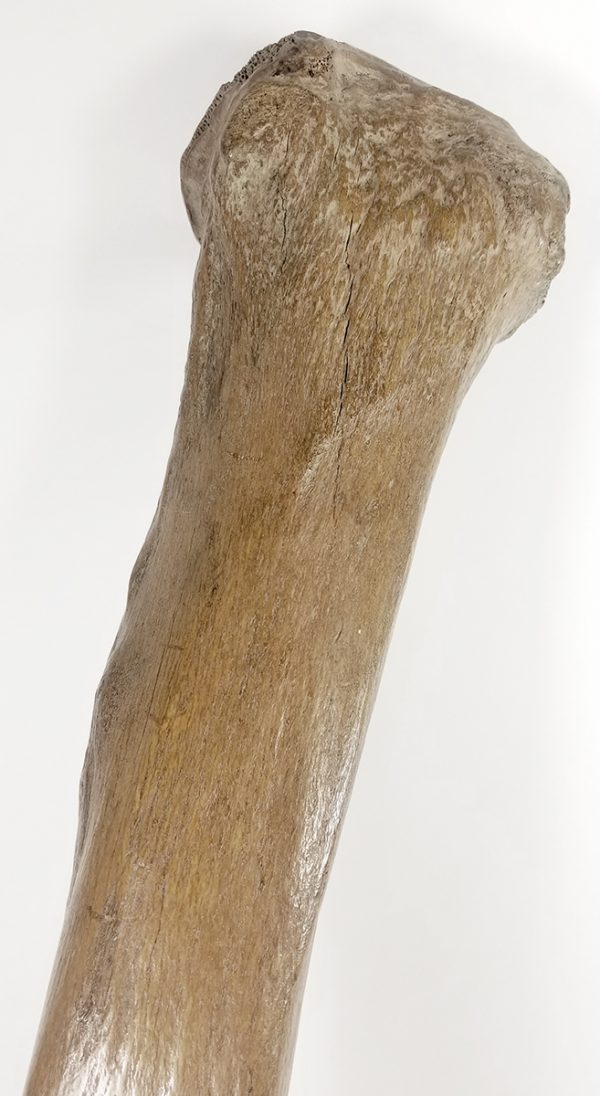 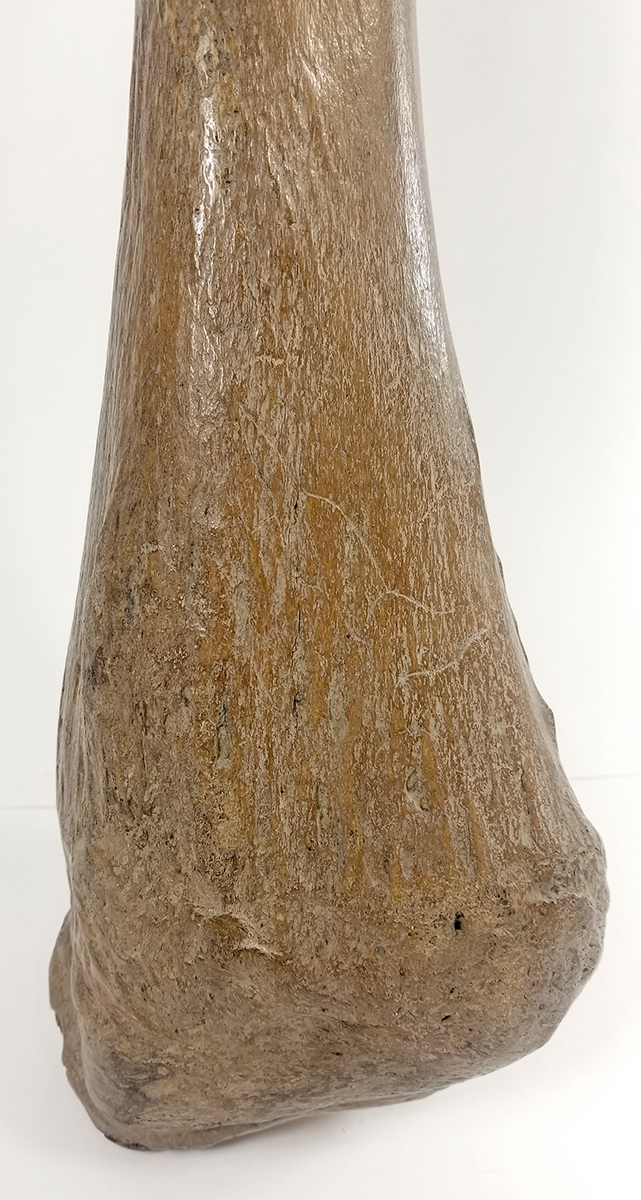 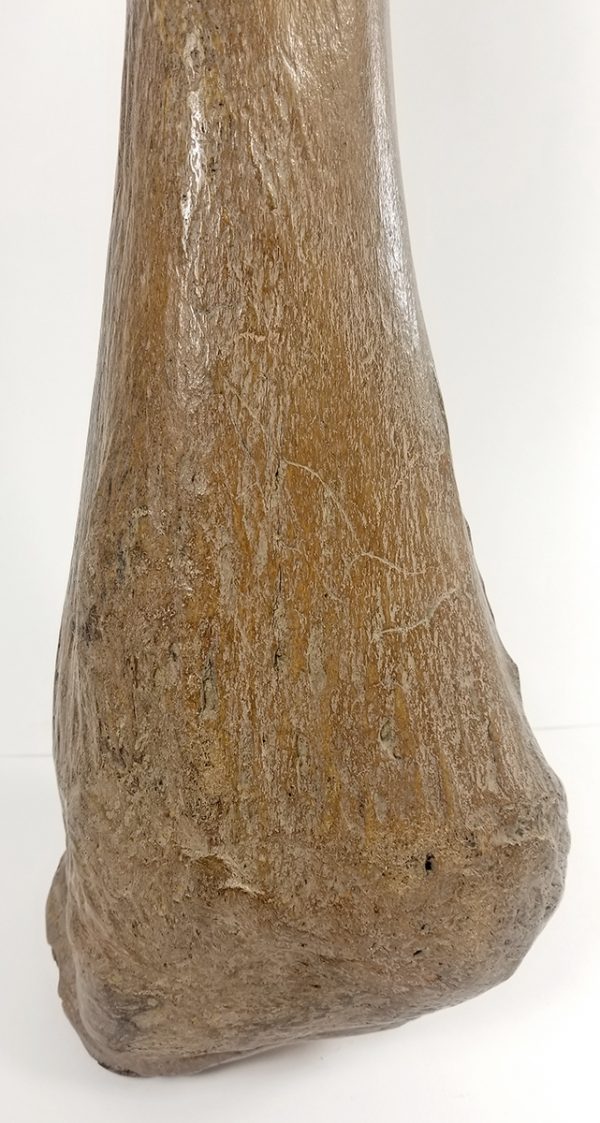 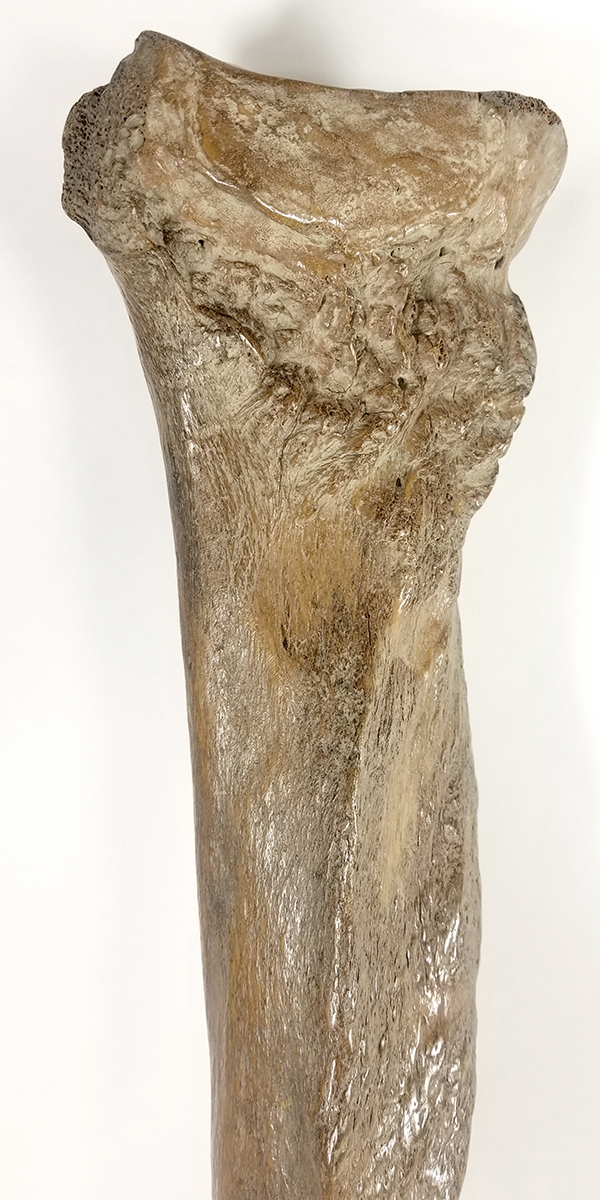 Mammuthus Columbi Woolly Mammoth range from Southern Canada across the US.

Likely from a Mammuthus Columbi – This Mammoth lived in what is now southern Canada and the United States. It is descended from M. trogontherii but was slightly smaller at 14 feet and 9 tons. It had the heavy hair and fur of M. primigenius as well as the long tusks.

It is widely held that by about 10,000 years ago, Mammoth of all species had died out across its mainland ranges. A few isolated populations did remain on islands that did not see human activity. St. Paul Island in the Bering Sea had a mammoth population that survived until about 5600 years ago. It is believed that they came to an end because of a lack of fresh water. The last Mammoths were on Wrangel Island in the Chukchi Sea North of Siberia. They died out about 4000 years ago. About 500 years after the Great Pyramid at Giza was built.