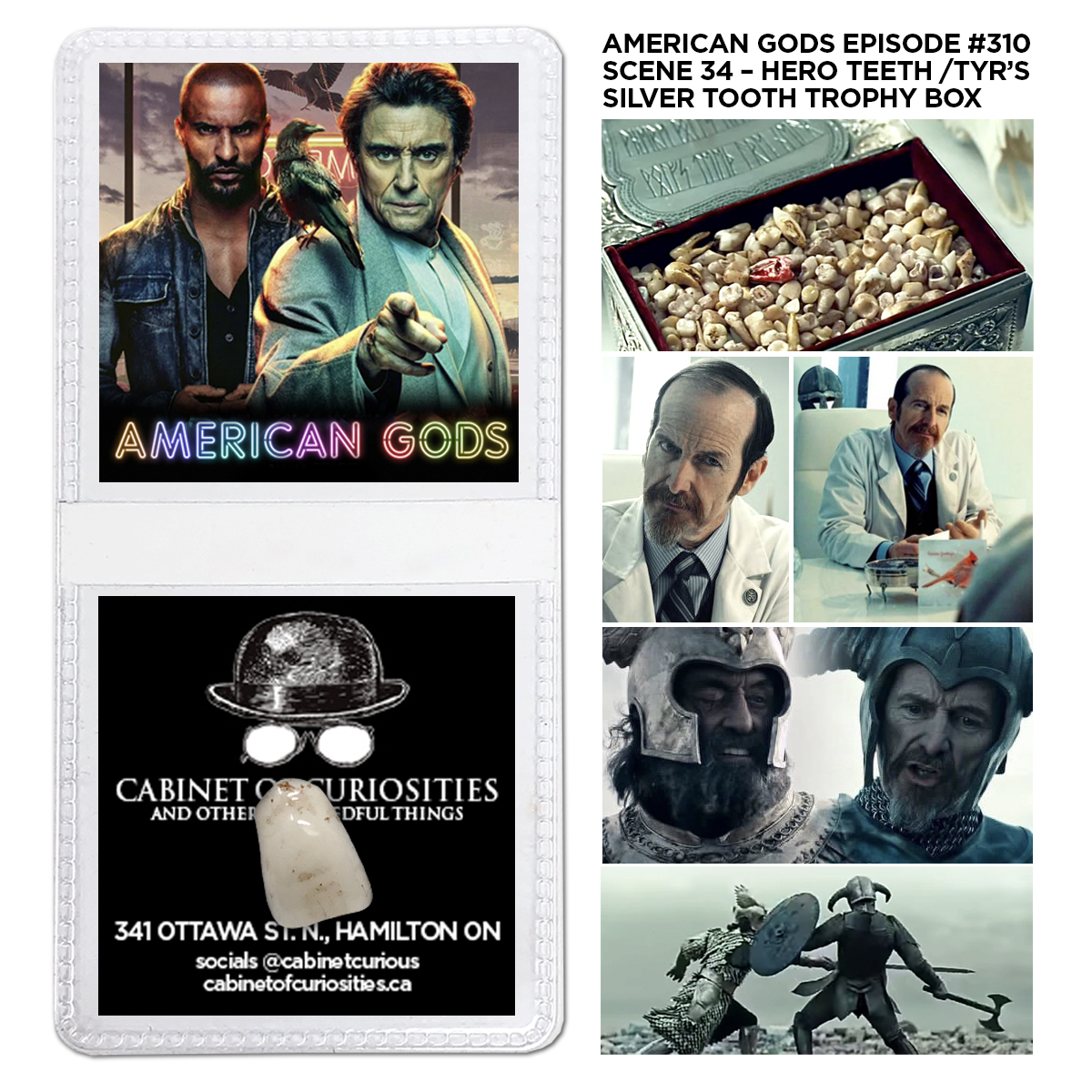 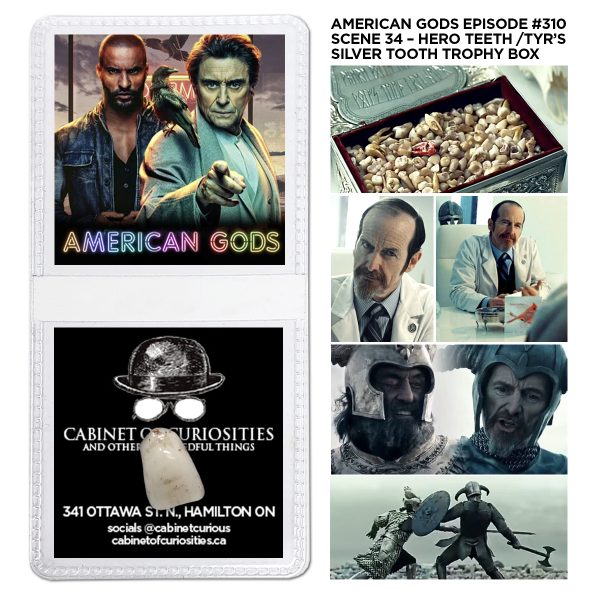 Exclusive to the Cabinet! Hero Teeth from the trophy box of Tyr, the lord of the Norse gods before Odin. As seen in scene 34 of episode 310 of American Gods. American Gods is an American fantasy drama television series based on Neil Gaiman’s 2001 novel. Ricky Whittle plays the series’ lead Shadow Moon, who meets a strange man named Mr. Wednesday (Ian McShane) after being released from prison and soon becomes embroiled in a large-scale conflict between the Old Gods and the New Gods, who grow stronger each day. The series ran 3 seasons from April 30, 2017 –
March 21, 2021.