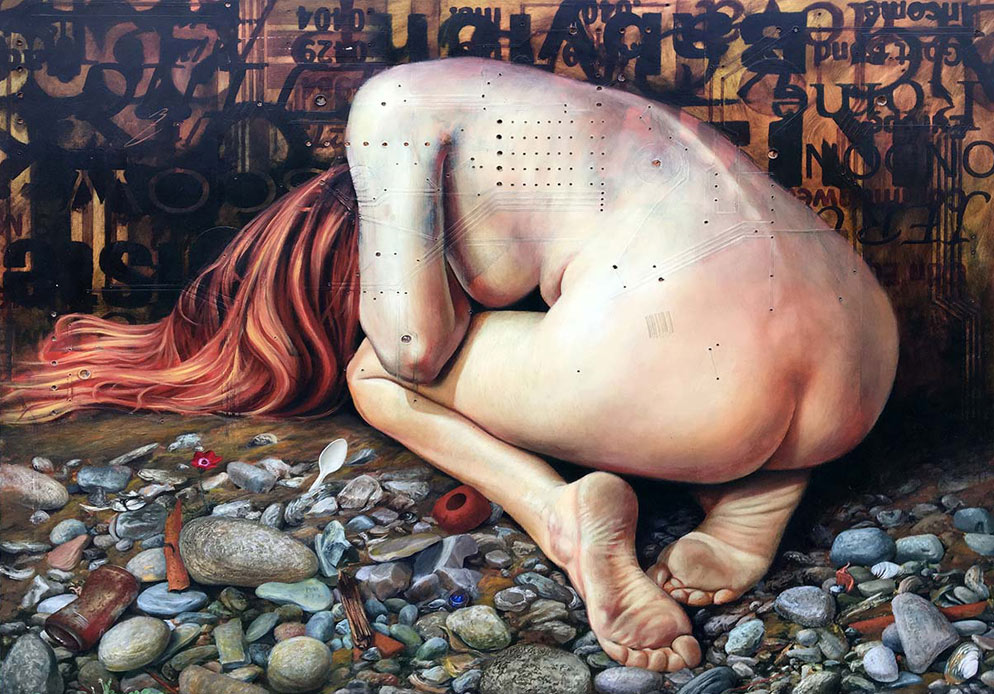 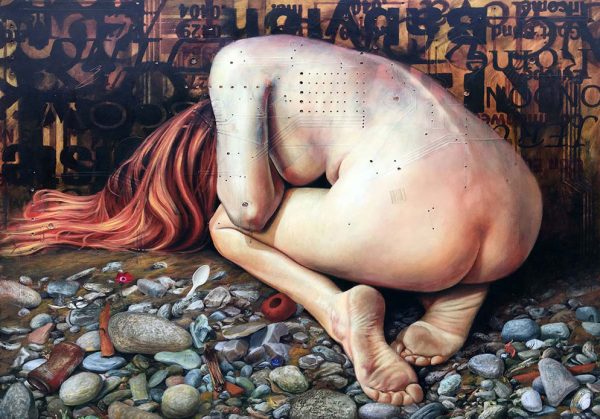 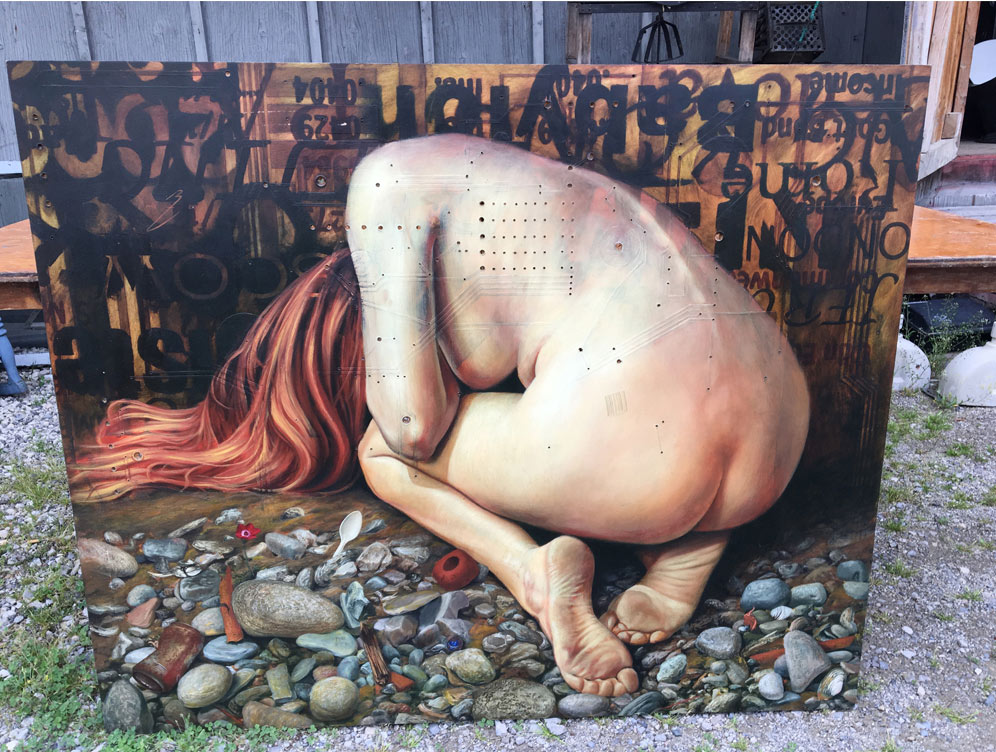 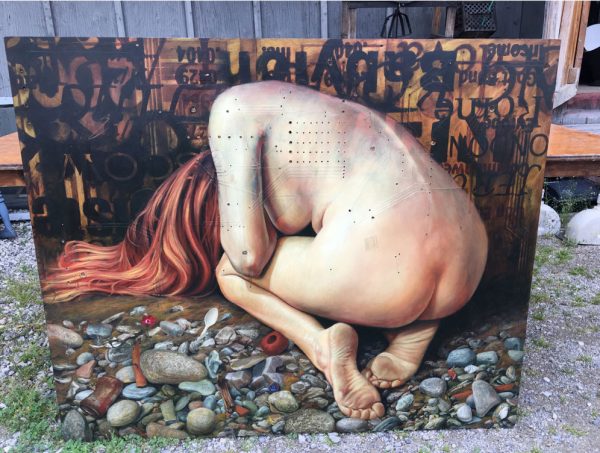 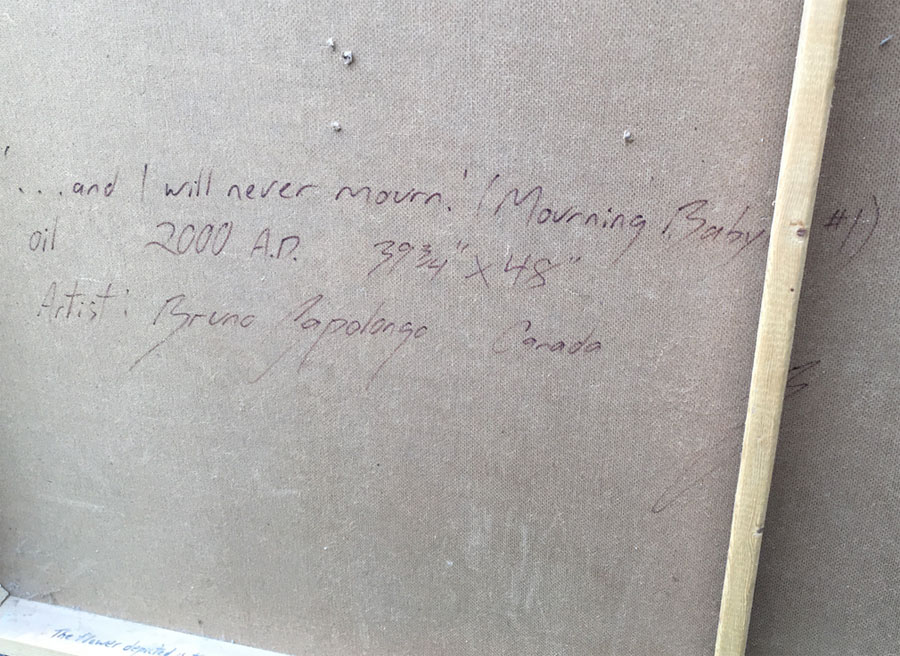 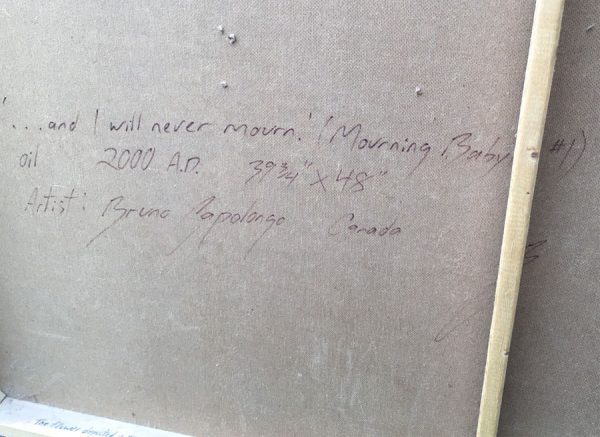 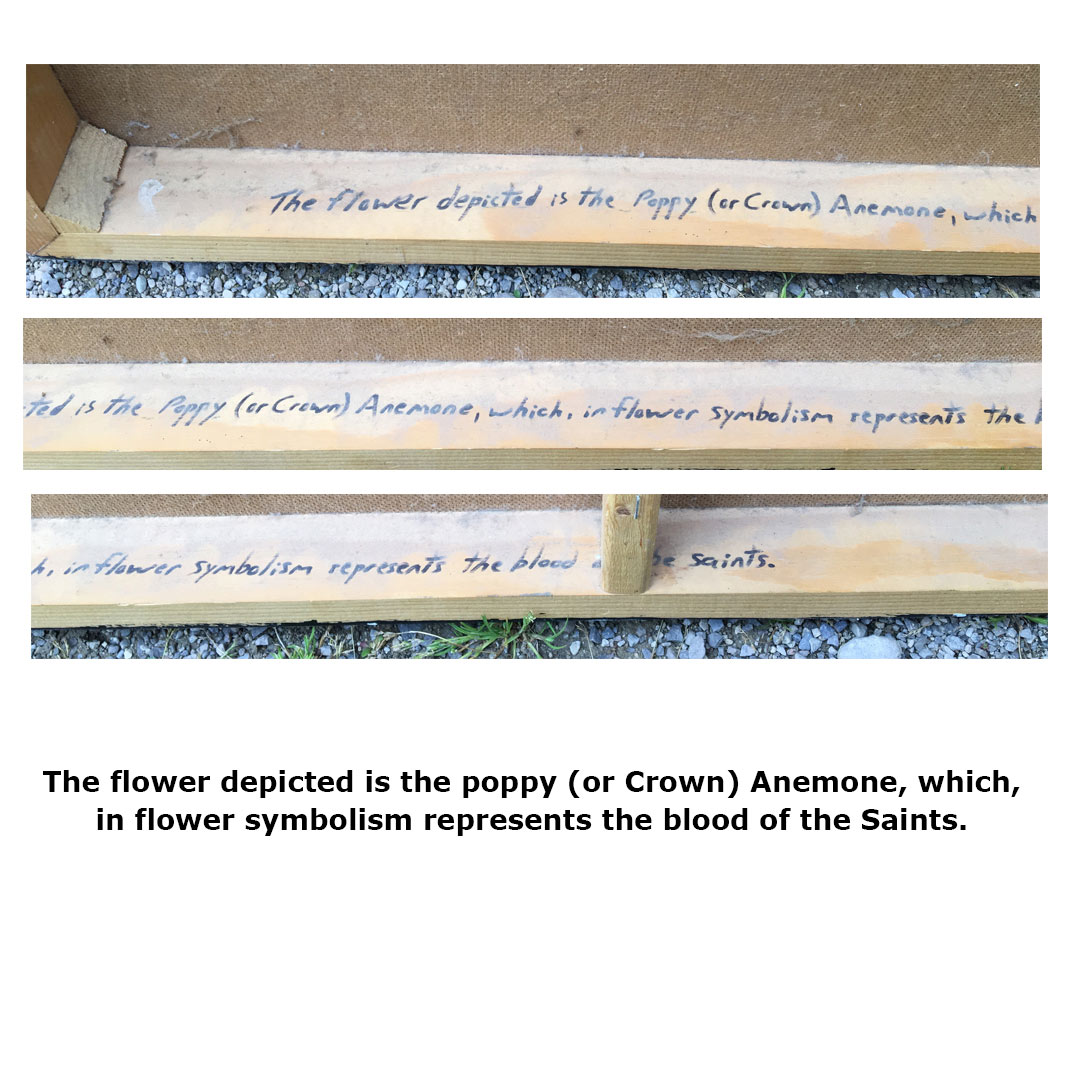 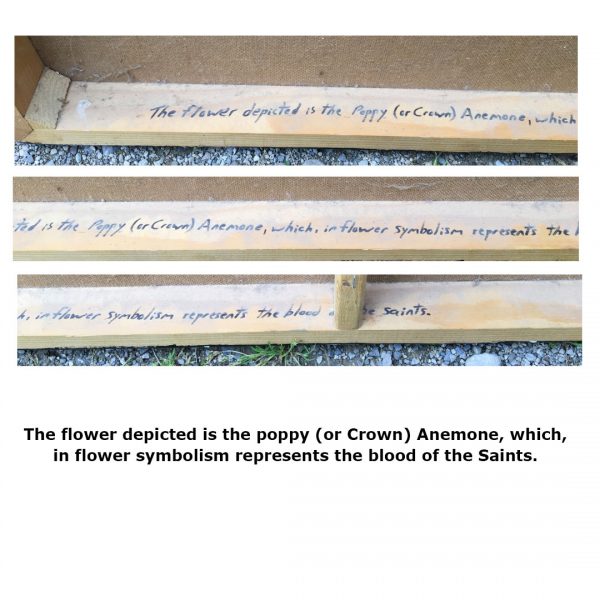 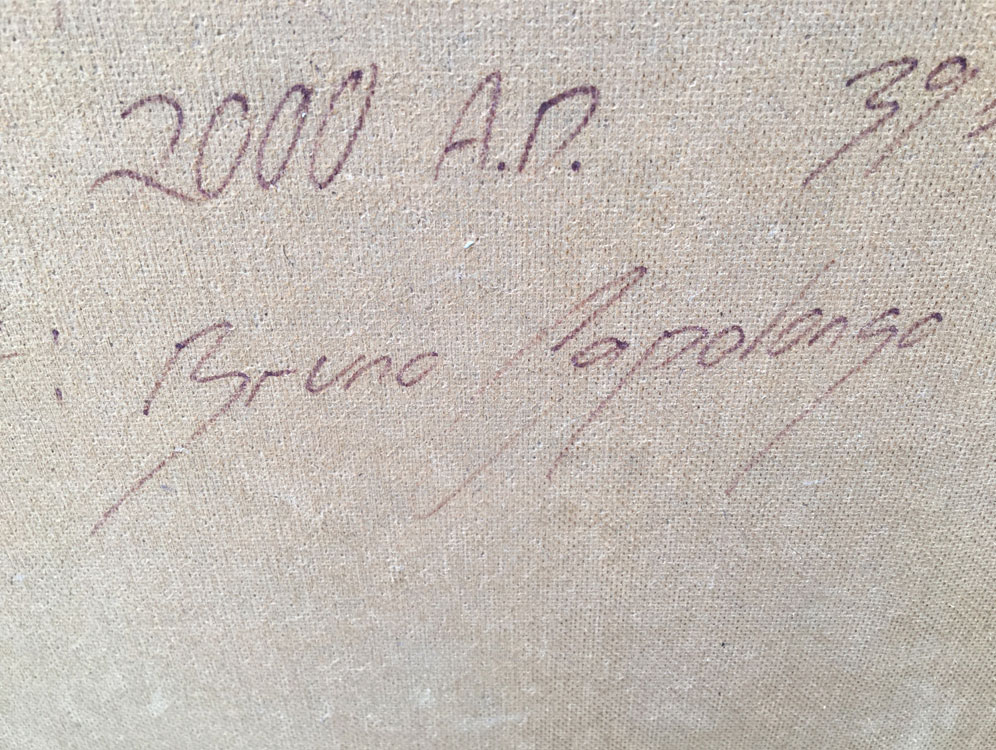 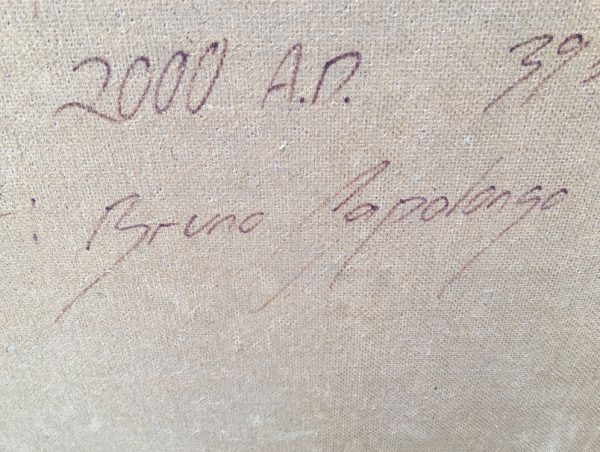 ‘And I Will Never Mourn.’ by Canadian artist Bruno Capolongo

Stunning oil on board by Canadian artist Bruno Capolongo. Titled: ‘and I will never mourn.’ (Mourning Babylon #1), this beautiful work is one of a series of three in an intertwined theme. Computer circuitry is cut into the mason board itself to install a physical almost sculptural quality to the work.

Noted by the artist on the back of the board is the following:
‘and I will never mourn.’ (Mourning Babylon #1)
Oil 2000 A.D. 39 3/4” x 48”
Artist: Bruno Capolongo Canada
The flower depicted is the poppy (or Crown) Anemone, which, in flower symbolism represents the blood of the Saints.

About the artist: Bruno Capolongo is an established artist whose work is collected by private and corporate collectors in addition to a growing list of public galleries and museums. The artist has been featured in well over 130 exhibitions and represented by a number of fine art establishments, including galleries in Toronto, New York City, Montreal, and Washington DC. Capolongo is the recipient of numerous awards and honors, including the internationally coveted Elizabeth Greenshields prize three times (of which there’ve been few since 1955), and consecutive first place awards for the national Canadian exhibition and competition ‘Evidence of Things Unseen.’