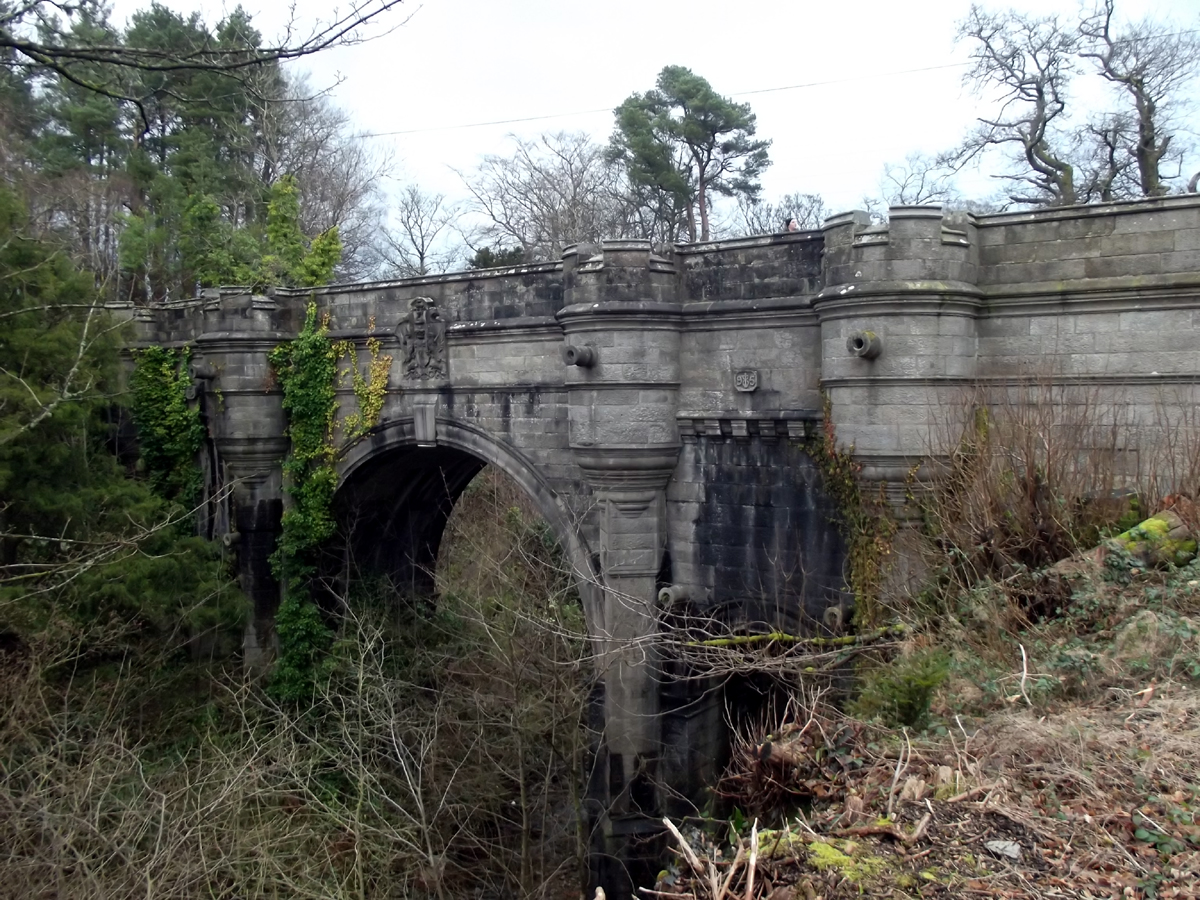 “Rover’s Leap” has claimed the lives of over fifty dogs so far, who while crossing this bridge, leapt to their own tragic deaths.

And more mystifying still is why people continue to walk their dogs across it in the first place, honestly. I don’t believe this bridge is haunted. Let’s try it on my dog!

There have been several feeble explanations, for instance, the dogs catch the scent of the minks living under the bridge. I don’t think so. Another theory is that the town is so dreary that it fact the dogs pick up and act on their owners’ suicidal inclinations. And then some say perhaps Overtoun Bridge is haunted, since a local Kevin Moy chucked his baby boy off the bridge for being the anti-Christ.

Ummm… a dog doesn’t jump off a bridge because he smells some minks. Bark yes, but not jump. I’d put my money on theory number three: the bridge is haunted.

Too many coincidences…
The dogs always veer off the the same side, and leap from the same spot on the same ledge of the same bridge. Because for some reason their owner didn’t think to strap on a leash. Honestly, I bet these dogs are so insulted and betrayed that their humans didn’t care to take this precaution before crossing the dog-killing bridge that they leap to their deaths just to spite them.

But there is a fourth theory, a Celtic belief, that Overtoun is a “thin place,” somewhere God is especially present. (I don’t exactly know what this means.)