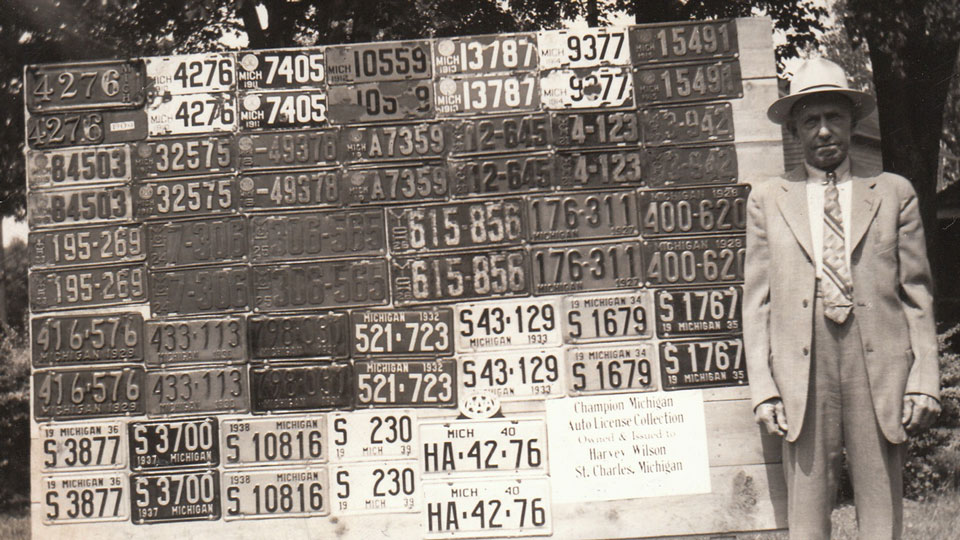 License Plates used to be made by prisoners. They still do in some places… in Ontario, they are made at the Lindsay Correctional Facility, Lindsay ON.

Collecting all depends on personal taste. Some license plates are very commonly found and therefore quite cheap. Others might be more expensive because of an unusual or desirable design, for example, N.W.T. bear-shaped plates, or Tennessee state-shaped plates. Some plates are valuable because of their scarcity, or their age. Plates from areas of low population tend to be expensive. Older plates tend to be valued higher, as do plates which have just been newly-issued. Some plates can be very expensive, but others are only a dollar or two in nice condition. There are plates out there for all budgets, whether you’re a millionaire or a student working part-time. 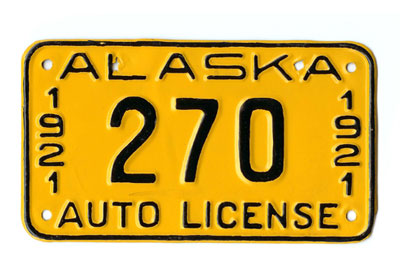 The oldest vintage license plates date prior to 1900.  In addition to age, collectible plates are sought for their color, origin, shape, condition or the history that goes along with them, among other attributes.

Junkyards, dumps and auto scrap yards could be an alternative for affordable plates. But you’ll also find them, perhaps for a little more money, by shopping antique shops, flea markets, automotive swap meets and thrift shops. Rusty, bent and generally beat up old plates might be great for decorating a patio or game room, but avid collectors only pay premium prices for plates in good to excellent condition.

What to Look for When Collecting License Plates

According to the ALPCA site, look for pre-1969 plates as a general rule. Newer plates won’t be nearly as valuable in the long term unless they are from a hard to find state, like Alaska or Hawaii, or specialty plates: handicapped, ham radio, police and the like.

If you find a really old plate at a reasonable price, buy it when you see it. Even if you don’t want to keep it for your collection, you can sell it for more collecting cash or trade it with another collector who would love to have it. Try to buy quality plates that are in good condition, and keep in mind that truck and trailer plates aren’t worth as much as passenger car plates in most cases.

In the featured photo is Mr. Harvey Wilson, Champion Michigan License Plate collector, at least in St. Charles. There is no date, but as the last two 1940 plates look fairly clean.