Human Teeth from An Infamous Farm 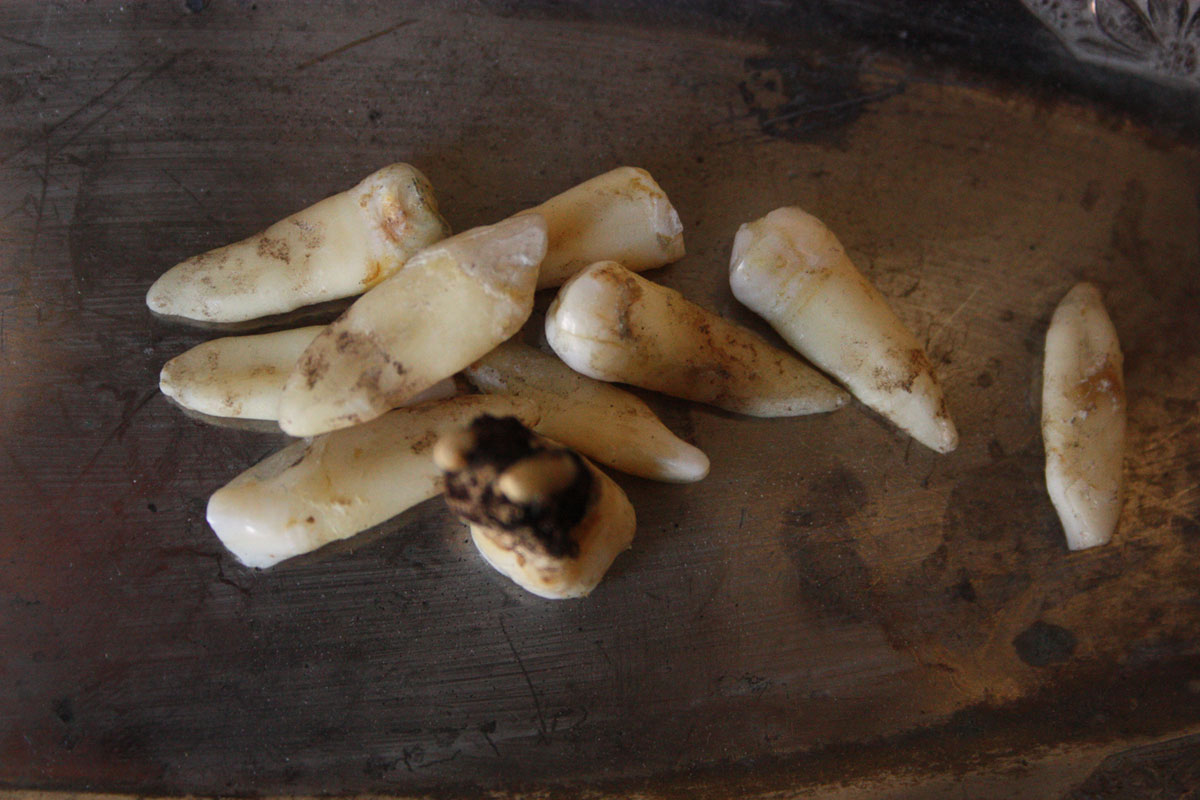 We tell it as it’s been told to us… a macabre collection to be sure… these 10 human teeth were reportedly discovered at the farm of the infamous Ed Gein in Plainfield, Wisconsin. Gein is the factual basis for some of Hollywood’s biggest horror movies including Psycho, Texas Chainsaw Massacre and Silence of the Lambs.