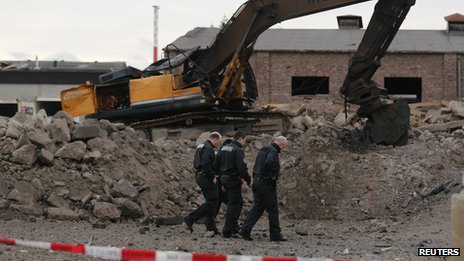 A WWII bomb which was buried for decades in the dirt of of a German construction site killed a digger driver and injured eight additional workers.

The explosion occurred as the digger lifted dirt and debris from the site. It shook nearby buildings and cars and was felt a kilometer away.

In the 1940’s, allied bombs tried to cripple the Nazi war effort by bombing factories in the industrial northwest of Germany. Explosives are found quite frequently throughout the country to this day.