Ever Heard of Waterloo Teeth? 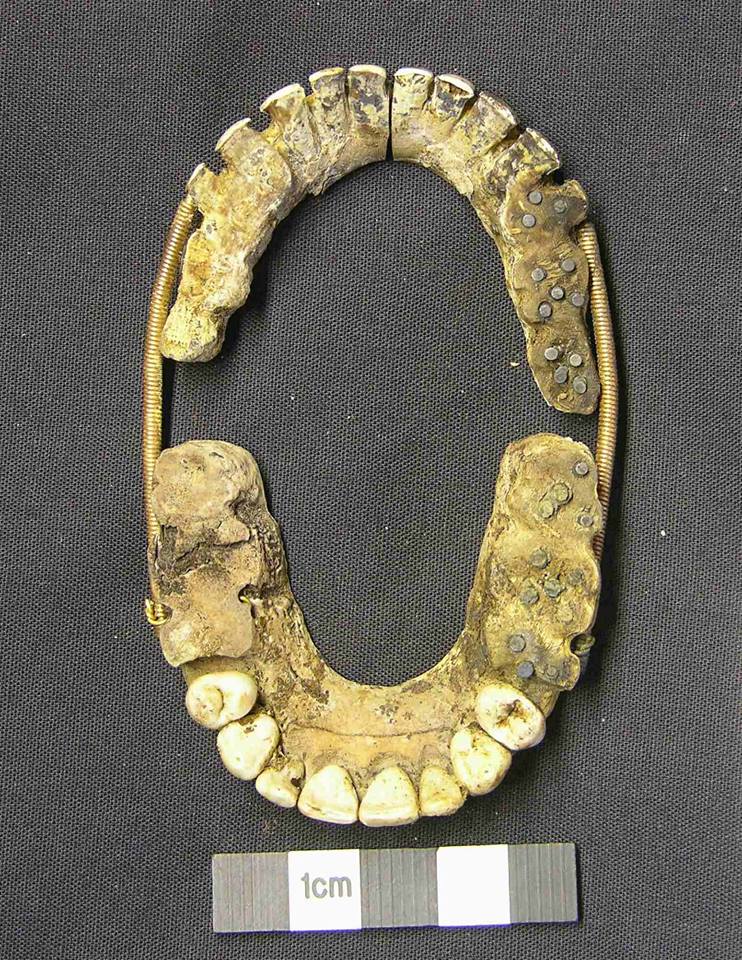 During the 18th and 19th centuries the reputation of dentistry was challenged by the demand for dental prosthesis and the practice of recycling teeth became popular. It hit its highest level of prominence after the Battle at Waterloo.
When artificial materials (like mineral teeth or dentures carved out of ivory or bone) proved to be ineffective for chewing and even talking, people would use teeth extracted from animals, executed criminals and unearthed bodies for dentures.
One of the most well-known events that provided teeth for functional dentures was the Battle of Waterloo which took place on June 18, 1815. Armies lead by Napoleon and the Duke of Wellington fought against each other. After the battle was done, scavengers robbed the dead soldiers of all commodities, including their teeth.
Dentist would buy those teeth to create dentures. The dentures that were made with the teeth of the soldiers that died in the Battle of Waterloo came to be known as Waterloo teeth.
Obtaining human teeth was frequently associated with a grotesque activity known as resurrectionism (or grave robbing).
The resurrectionist would sometimes even kill beggars, drifters and prostitutes to get paid for providing corpses to medical schools for dissection. And when a body would be too decomposed to be sold to the medical schools they would sell the teeth.
Although grave robbers may have been heartless, the ingenuity and effort of the dentist during that era is none short of fascinating.