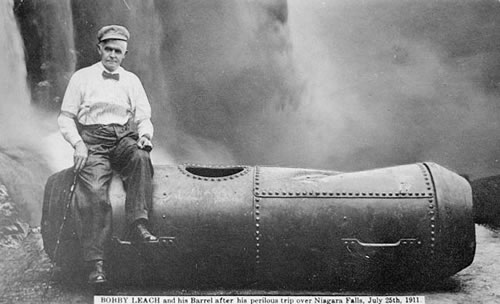 Bobby Leach wasn’t afraid to court death: in 1911, he was the second person in the world to go over Niagara Falls in a barrel. The daredevil went on to perform many other death-defying stunts, so his death is especially ironic.

One day while walking down a street in New Zealand, Leach slipped on a piece of orange peel. He broke his leg so badly it had to be amputated. Leach died due to complications that developed afterwards.